Alonso de Mella, born in Zamora, was an important Franciscan preacher who was one of the main instigators of the so-called “Durango Heresy” which sprung up in the Basque country between 1442 and 1444. This heresy promoted communitarian/communistic ideas and the interpretation of the Bible against established authority. Hundreds of the adherents of this movement were publicly burnt by the ecclesiastical and political authorities. As a result, Fray Alonso–and several others–sought refuge in the Nasrid kingdom of Granada around 1443. The following is an excerpt from a long letter written by Fray Alonso to King Juan II of Castile (d. 1454) in which the former requested that a committee of clerics be formed to investigate the merits of the ideas being promoted by all those accused of the Durango heresy. The section translated within this letter is chosen to demonstrate the peculiar attitude of Fray Alonso towards the religious status of the Muslims of Granada, who are deemed to be believers. 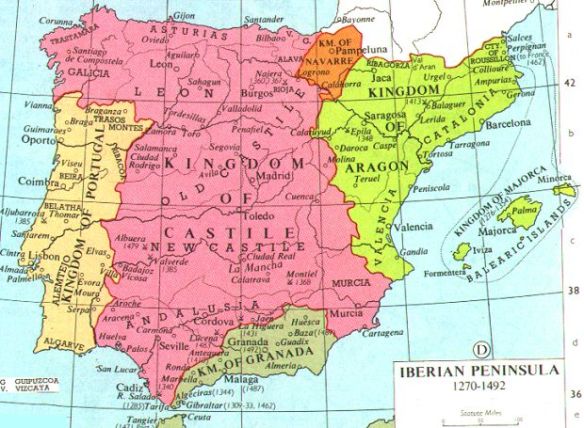 […] For all the reasons mentioned above, your Majesty, we the aforementioned being in this kingdom [of Granada] have been carefully examining and inquiring into the faith which the Muslims hold and profess. We find that the Muslims are not unbelievers [infidels], as is said at home, but rather we found them to be sincere believers in the One, True God, Creator of heaven and earth, the God whom with such faith, fear, humility, reverence and devotion they worship and honor in all their deeds and words. May it please God that those who call themselves Christians should fear, believe, worship and honor Him with equal reverence and awe. Then again, we found that the Muslims believe and accept all the holy deeds and words of Jesus Christ, whom, much more than do the Christians, they honor in their words and deeds, believing in those things which according to reason can and should be believed about Him. We found them also disposed to hear and listen to everything which in reason can be verified. According to the reasoning which we observed in them we truly recognized that God is not merely the God of the Christians, but the God of all those who properly believe in Him, and who by worthy deeds do His bidding. Also, that God makes no distinction of persons, but is the Father of all and is concerned with everybody who turns his eyes towards Him (Wisdom of Solomon 6.8), and who does not wish the death of any sinner (Ezekiel 33.11), nor does He take pleasure in the damnation of the dying. […]