There really needs to be a comprehensive book or article written about the migration of Persians to al-Andalus in the early medieval period and their impact on the cultural and intellectual developments there. It is a little-known fact that there were several waves of migration (primarily of scholars) from the central Islamic lands to the Iberian peninsula between 800 and 1100. The evidence for such a phenomenon definitely exists and we can even trace the origins of a few key personalities, such as Ziryab (d. 857) and Ibn Hazm (d. 1064), back to the Iranian plateau. For the latter, the great fourteenth-century historian al-Dhahabi notes: 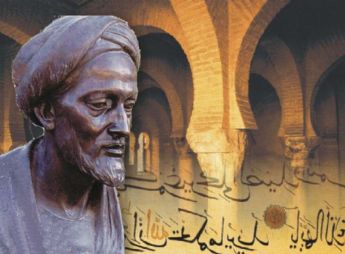 Another important scholar of Persian descent in al-Andalus was ‘Abd al-Aziz ibn Ja’far al-Farisi. The following is the entry about him taken from the famous biographical dictionary, the Kitab al-Silla, written by the Andalusi scholar Ibn Bashkuwal (d. 1183):

He lived in Anda (?) in al-Andalus and was known as Abu al-Qasim.

While in the East, he learned from the scholars Abu Bakr Muhammad ibn Abd al-Razzaq al-Tammar, Ismail al-Saffar, Abu Bakr Muhammad ibn al-Hasan al-Naqqash and others. Among those who narrated [hadith] from him was Abu al-Walid ibn al-Faradi (d. 1012), the Qadi of Valencia, who met him in that city in Rabi al-Awwal of 400 A.H. [October 1009]. He had first arrived in al-Andalus as a merchant in the year 350 A.H. [961]. According to Hakam ibn Muhammad, he had been born in Rajab of 320 A.H. [932].

He was among the most distinguished scholars, having studied many of the sciences and specializing in Qur’anic sciences and the interpretation of visions. He narrated [hadith] from Abu Zayd al-Marwazi, Abu Ishaq al-Qurtubi, Abu Bakr al-Abhari, Abu Bakr al-Baqillani, Abu Tamam the legal theorist, Abu Bakr al-Adfawi, Abu Ahmad al-Samiri, al-Hasan ibn Rashiq, [Abu al-Hasan Ali] al-Daraqtuni, and Ibn al-Ward. He departed from Denia by ship in 1036, with the intention of sailing for the East. However, he was killed by the Christians en route. This was in 427 A.H. [1036], at which point he was nearly 100 years old.”

The Kitab al-Sila contains literally dozens of more entries for various scholars of Persian origin who lived in al-Andalus. If I come across any others particularly worthy of mention, I’ll definitely share.