The ninth and tenth centuries were a particularly turbulent and eventful period in the history of Western Europe. In contrast with the cultural and intellectual revival of the era of Charlemagne and his son Louis the Pious during the early ninth century, the decentralization and decline of the Carolingian Empire later in the century was characterized by political fragmentation and turmoil. A significant feature and consequence of this chaos was the weakening of the Carolingian realm’s defenses which facilitated foreign invasion. Perhaps most well known of these incursions are the Viking invasions in the North, which began in the late eighth century and did not subside until the tenth century.[1] However, the Vikings were not the only invaders to plague the lands of the Carolingian Empire at this time; both the Muslims in the south and the Magyars in the east sought to capitalize on the weakened state of Latin Christendom.

The Muslims—referred to as “Saracens” in the Latin sources—specifically those from Iberia and North Africa, were actively raiding the western Mediterranean throughout the ninth and tenth centuries, and even managed to establish significant outposts in the Italian peninsula, Provence, and Sicily from which they extended their raids. The Magyars, a Turkic people from the Eurasian and Carpathian steppe, began their assault on central and Western Europe at the end of the ninth century, but it was during the tenth century when their raids were most devastating and recurrent. In this piece, the first of a two-part series, I will provide an overview of the raids of the Muslims and Magyars in Western Europe. In a subsequent blogpost, I will attempt to explore the way in which a particularly prominent Latin Christian writer, Liudprand of Cremona (d. 972) interprets these two invasion forces and reflects upon them.

Raiders from the South: Muslims in the Mediterranean, Italy, and Francia

Although Muslim assaults on Latin Christendom are commonly thought to have culminated in the Battle of Tours-Poitiers in 732, the defeat of the Muslim raiding party commanded by Abdurrahman al-Ghafiqi by Charles Martel only led to a brief lull in Muslim raids in Western Europe. Beginning in the late eighth century, a new phenomenon began to develop.[2] This involved small-scale, unorganized, and unofficial raiding parties setting out from the eastern Iberian coast and attacking Frankish and Italian shipping.[3] Barely five years after the devastating Viking sack of the monastery of Lindisfarne in Northumbria in 793, Muslim flotillas in the western Mediterranean began their protracted raids against the Balearics, Corsica, Sardinia, and the Italian and Frankish coasts.[4] The year 798 marks the first intensification of Iberian Muslim maritime expansion following the destruction wrought by Muslim raids against the Balearics. Raids between the years 806 and 815 were increasingly devastating and frequent, but gradually became less effective due to the increase in Frankish naval defenses by the Carolingian Emperor, Charlemagne, who organized coastal defenses along the shore from Narbonne to Rome.[5] The incorporation of the Balearics into the Carolingian Empire was central to Charlemagne’s defensive strategy.[6] This annexation secured an immeasurable strategic advantage for the Franks over the Muslims, and drastically reduced the latter’s operational capabilities in the western Mediterranean by keeping them largely confined to the coasts of Valencia, Tortosa, and Pechina-Almeria.[7] It was not until the later ninth century, with the collapse of Carolingian naval defenses due to the civil wars that plagued the Empire, that there was a resurgence of raids in the western Mediterranean.

During the civil wars that ravaged the Italian peninsula in the mid-ninth century, various Italian cities hired Muslim mercenaries from North Africa, Crete, and Iberia.[8] In the chaos that followed this practice, the Muslims were able to establish themselves at Monte Garigliano north of Gaeta, at Bari on the coast of Apulia, and at Tarentum.[9] Moreover, the Muslims in southern Italy were even able to raid Rome on three separate occasions, sacking the city in 846, attacking its outskirts in 849, and plundering it again in 876.[10] The Muslims’ presence in central Italy also involved the establishment of a base on the Garigliano River north of Naples in 880.[11] Using their fortress at Monte Garigliano as an outpost, which lasted until it was captured in 915 by a papal coalition of knights, the Muslims proceeded to sack the monastery of San Vincenzo in 881, burn Monte Cassino in 883, and assault Farfa in 898.[12] Alliances between Muslim invaders and local Italian lords were not uncommon, with one such alliance occurring during the Muslim siege of Rome in 876 when the raiders were supported by the Gaetans.[13]

During the same period that Muslims were establishing outposts in the Italian peninsula, there was a resurgence of raids in the western Mediterranean and on the coasts of Francia. The reappearance of Iberian Muslim corsairs in 838 off the coast of Provence when they sacked Marseilles marks the beginning of a new phase of Muslim sea-raids against southern Francia; Arles, Marseilles, and Fréjus were assaulted several times in the 840s, 850s, and 860s.[14] The primary reason for this resurgence was the effective decline of Carolingian naval defenses following the fragmentation and decentralization of the Carolingian Empire amid the civil strife of the ninth century. The consolidation of Muslim rule over the Balearics in 902 and the arrival of Iberian Muslims in Provence signaled the effective decline of Frankish naval power in the western Mediterranean.[15] The Muslims established themselves at Fraxinetum and used it as a base of operations to raid the western Mediterranean, Provence, and northern Italy until their expulsion in 972.[16] As in Italy, the involvement of the Muslims of Fraxinetum in local power politics and the establishment of a complex system of alliances was an important factor in ensuring their survival. For more on Fraxinetum, see: https://ballandalus.wordpress.com/2014/05/25/fraxinetum-an-islamic-frontier-state-in-10th-century-provence-2/ 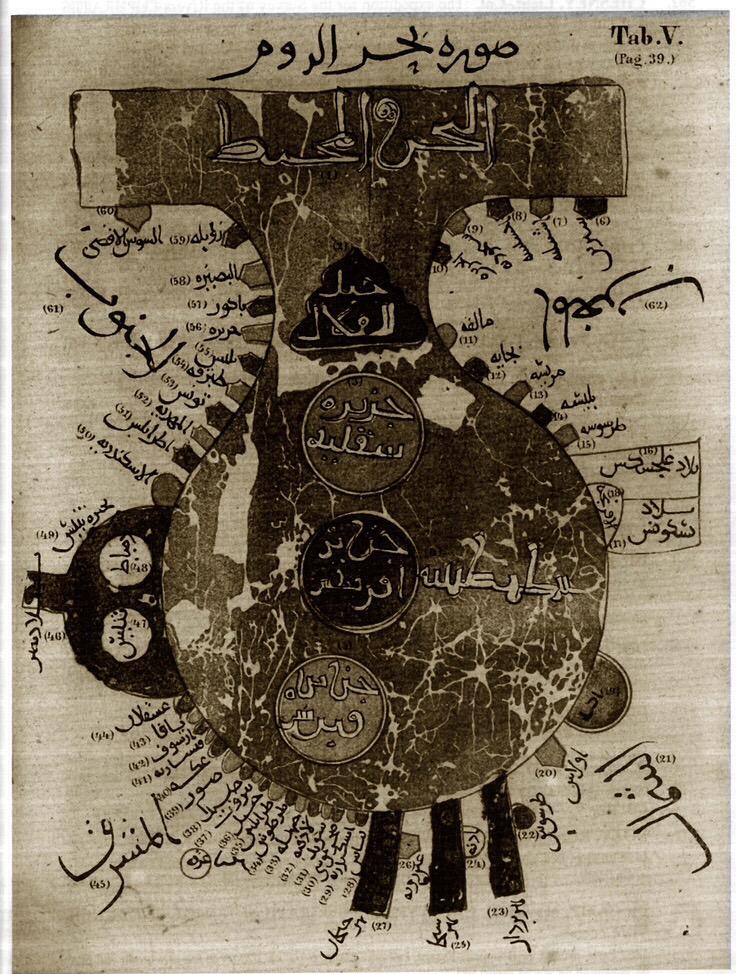 Throughout the tenth century, Muslim raiders from Fraxinetum, Monte Garigliano, North Africa, and Sicily continuously assaulted Italy and Francia, devastating much of the territory of these regions, not unlike the Viking invasions in northern Europe.

Raiders from the East: The Magyars

Regarding the raids of the Hungarians or Magyars, there is less information available for scholars to reconstruct the history of their raids or to understand their organizational structure in a way that would explain the pattern of their invasions. The Magyars were a Turkic people from the steppes of Central Asia who had gradually migrated westwards to the Eurasian and Carpathian steppe. They were related in part to the Huns and Avars, and their raids in Italy, Francia, and Germania seem to have been an attempt at expansion westward into Christian Europe. The Magyars began raiding into Italy and Swabia at around the same time that the Viking invasions had briefly subsided, and when the Muslims had managed to establish themselves at Monte Garigliano and Fraxinetum during the late ninth century. The Hungarian raiding campaigns in Western Europe were most significant between 896 and 954.[17] In 910, they defeated an army of Franconians and Swabians commanded by King Louis the Child in the vicinity of Augsburg in Bavaria.[18] Between 917 and 925, they raided most of Rhaetia, Swabia, and Provence, during the same period that the Muslims of Fraxinetum were attacking the Alpine regions, Piedmont, and northern Italy. Significantly, the important Italian town of Pavia was sacked around 924 and its churches looted by Hungarians initially hired by Berengar I of Italy a few years earlier to strengthen his weakened military.[19] Several attempts by the Hungarians to invade Saxony were turned back, most notably in 933 at the Battle of Riade where King Henry I repelled a Magyar invasion force.[20]

Around 937, two years after the devastating sack of Genoa by North Africans, the Magyars launched a fierce series of raids on Capuan and Beneventan territory and the area around Naples, which also coincided with the intensification of Muslim raids on Calabria.[21] The raids of the Hungarians were so far-reaching, probably due to the mobility of their light cavalry and their mastery of mounted archery, that regions such as the Low Countries, West Francia, and Iberia were also attacked. In 954 they launched a massive raiding campaign throughout Bavaria, Italy, and the Alpine regions before finally returning to their base in the Carpathian Basin.[22] The Magyars were finally crushed at the Battle of Lechfeld in August 955 when the heavy cavalry of Otto I defeated a larger Hungarian invading force in Bavaria, near the city of Augusburg.[23] The devastation and destruction that accompanied Magyar raids was so widespread that it had a tremendous impact on those witnessing the events and inspired Latin writers such as Remigius of Auxerre and Liudprand of Cremona to depict these invaders as the biblical Gog and Magog unleashed on the world to inflict divine punishment.[24]

(The Battle of Lechfeld on an illustration in Sigmund Meisterlin’ codex about the history of Nuremberg, 1457)

(Miniature of the entrance of the Hungarians into the Carpathian basin, Chronicon Pictum, 1360)

[2] Muslims in the early Middle Ages did not constitute one unified group nor were they united in their aims vis-à-vis Latin Christendom. For the purposes of the argument presented in this short piece however, the term “Muslim” is preferred to the term “Saracen” or “Moor” and will be used to refer to the groups of invaders and raiders of primarily Iberian and North African origin that participated in the assaults on Italy and Francia during the ninth and tenth centuries. Nor are the terms “Arab” or “Berber” satisfactory for the specific context in question, due to the heterogeneous composition of the raiding parties, which contained many diverse groups whom it would be difficult to classify as either specifically “Arab” or distinctively “Berber.”

[12] Bernard Hamilton, “Pope John X (914–928) and the Antecedents of the First Crusade,” In Laudem Hierosolymitani: Studies in Crusades and Medieval Culture in Honor of Benjamin K. Kedar, eds. Iris Shagrir, Ronnie Ellenblum and Jonathan Riley-Smith (London: Ashgate, 2007), p. 309; Wickham, Early Medieval Italy, p. 151; Jamieson, Faith and Sword, p. 34; Engreen, “Pope John the Eighth and the Arabs,” p. 329; Kreutz, Before the Normans, p. 60; John of San Vincenzo. “The Destruction of the Monastery of San Vincenzo Al Volturno,” trans. G.A. Loud, Medieval Italy: Texts in Translation, eds. Katherine L. Jansen, Joanna Drell, and Frances Andrews (Philadelphia: University of Pennsylvania Press, 2009), pp. 113–116; Claudio Azzara, “Ecclesiastical Institutions,” Italy in the Early Middle Ages, ed. Cristina La Rocca (Oxford: Oxford University Press, 2002), p. 98. The extent of the danger posed by Monte Garigliano can be inferred from the fact that even the vast papal coalition, which was led by Pope John X himself, and which comprised most of the knights of southern Italy and Rome, took into consideration the possibility of a defeat (Engreen, “Pope John the Eighth,” p. 327).

[18] Charles Bowlus, The Battle of Lechfeld and its Aftermath: The End of the Age of Migrations in the Latin West (Aldershot: Ashgate, 2006), p. 2.