The following is excerpted from the monumental biographical dictionary entitled Siyar A‘lām al-Nubalā’ by the fourteenth-century Damascene historian and hadith expert Shams al-Dīn Muhammad b. Ahmad al-Dhahabī (d. 748/1348). It provides some insight into the reign of Abū’Abd Allāh Muḥammad ibn Yūsuf ibn Hūd al-Judhamī (r. 625–635/1228–1238), an Andalusi emir who eventually established his control over much of al-Andalus in the early 13th century following the weakening of the Almohads. It describes the great hope in al-Andalus that accompanied his rise to power and the impact that the crushing defeat he suffered at the hands of Alfonso IX of León (r. 1188–1230) at Mérida had upon undermining his legitimacy. It ends with a short note about the rise of the Nasrids in Granada and an anecdote about Ibn Hūd’s nephew, the mystical philosopher Badr al-Dīn ibn Hūd (d. 700/1300), who al-Dhahabī claims to have met in Damascus.

This entry is interesting not necessarily because of the information that it provides about Ibn Hūd’s reign (which is amply documented in other sources) but largely because of the source from whom al-Dhahabī narrates, who is identified only as Abū al-Walīd ibn al-Ḥājj. This individual is none other than the Abū al-Walīd Muḥammad ibn Aḥmad ibn Muḥammad ibn al-Ḥājj al-Tujībī al-Ishbīlī (d. 718/1318), a scholar who was one of al-Dhahabī’s teachers and a figure who served as the leader of the Mālikī community in Damascus during the early fourteenth century. Ibn al-Ḥājj was descended from an illustrious family of Andalusi jurists, with his most famous ancestor being Abū Muḥammad al-Tujībī al-Qurtubī (d. 529/1135), an important scholar from the Almoravid era in al-Andalus. The family played a significant role as scholars throughout the Almohad era and were one of the leading families of Cordoba, where they had been established for centuries. As such, they were heavily affected by the Christian conquest of the city in 1236 and were among those who fled to Seville, where this Abū al-Walīd was born around 638/1241. When Seville was conquered in 1248, the family was forced to relocate once more and it was around this time when they journeyed eastwards to the Mamluk  domains of Egypt and Syria, where Abū al-Walīd continued his education and established himself as a leading scholar in his own right.

This family history provides the essential context for putting his narrative about Ibn Hūd’s reign into perspective. The text can be seen largely as the reflection of an Andalusi Muslim refugee in Damascus on the circumstances that prompted the decline of al-Andalus. It is quite plain that his overall assessment of Ibn Hūd is negative, a fact that is nowhere clearer than when he explicitly blames him for the Christian conquest of Cordoba (and, by extension, most of al-Andalus) as a result of a deal brokered with Fernando III (r. 1217–1252).  The emphasis in the narrative on Cordoba can be explained by the fact that this was the city of Abū al-Walīd’s ancestors and the conquest of this city marked the beginning of the family’s exile. It is also significant that al-Dhahabī notes that he narrated the passage in question from a manuscript written by Abū al-Walīd, which suggests that the latter had written a small work about the history of al-Andalus and that al-Dhahabī had access to these writings .

I came across the following written in the handwriting of Abū al-Walīd ibn al-Ḥajj [d. 718/1318]: “When God Almighty decreed the destruction of the Almohads in al-Andalus, due to their having done good works in public while performing abominable deeds in private, they began to be despised and greatly opposed by the people. When Ibn Hūd rebelled in Sharq al-Andalus [region corresponding to the modern-day provinces of Murcia and Valencia] in 625 AH [1228 A.D.], all the people joined his cause (da‘wa) and supported him. They fought the Almohads all over the country, besieging them in their fortresses, overcoming them, and killing them. The Almohads were completely defeated and the entirety of al-Andalus came under his [Ibn Hūd’s] rule. The people were greatly gladdened by Ibn Hūd’s success.

Following the establishment of his rule [over al-Andalus], the Christians launched a raid against Mérida in western al-Andalus. As a result, he called the people to arms.  Nearly all of al-Andalus—with the exception of those with a legitimate excuse for not fighting—responded to his call with enthusiasm, sincerity and determination. [Ibn Hūd] attacked the Christians [referred to as franj, or Franks] with this force but when the battle was engaged the Muslims suffered a disastrous defeat. Verily we are from God and to Him is our return! The battlefield had been soaked in water and mud which had a terrible effect on the horses resulting in the complete annihilation of the army, with the Christians killing or imprisoning all but a few. Ibn Hūd retreated in the most disgraced state to Seville. Verily, we seek refuge in God from such a reversal of fortune! After this, there was not a single part of al-Andalus that was not plagued by public laments, tears and prolonged grief. Verily, this defeat was one of greatest catastrophes in Andalusī history. As a result, the people developed a great hatred and aversion for Ibn Hūd, whom they nicknamed “the Deprived.” He was unable to take any significant action against the Christians, except for a single time when he was able to rob them of a large flock of sheep. 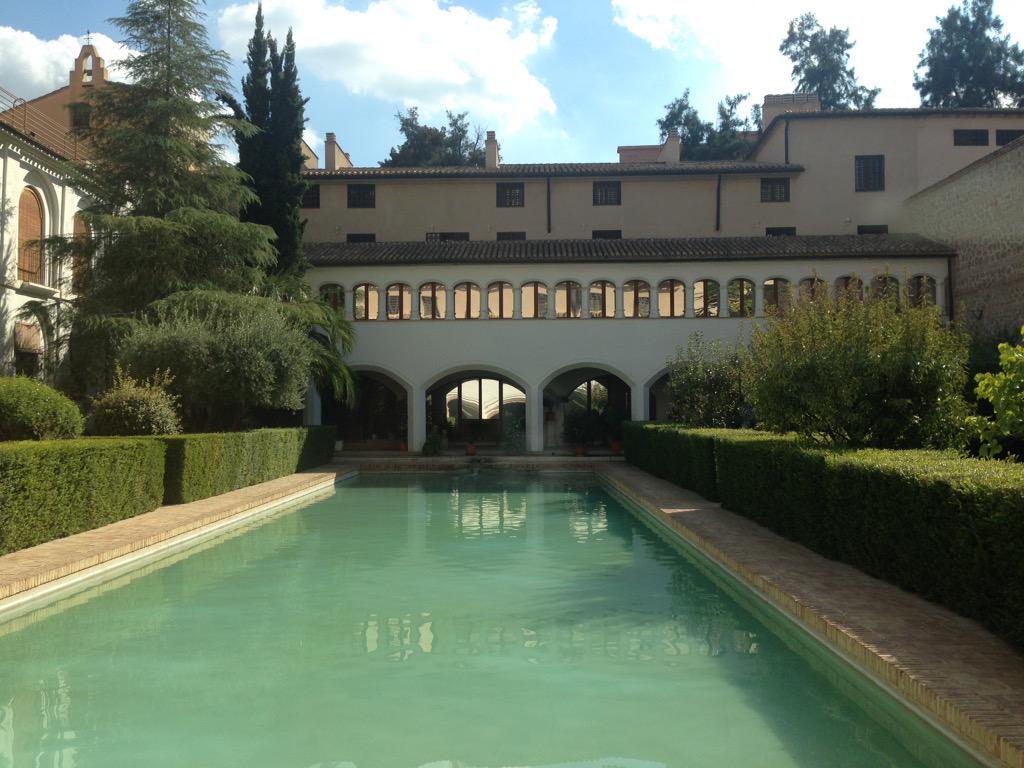 (Remnant of the palace of Ibn Hūd in Murcia)

Shortly thereafter, Shu‘ayb ibn Hilālah revolted against him in Niebla which led Ibn Hūd to make peace with the Christian king [referred to as al-Adefonsh], who agreed to provide assistance in besieging Niebla in exchange for Ibn Hūd granting him possession of Cordoba. The Christian king told him that the plan would be to ensure that Cordoba was emptied of its Muslim soldiers while at night Christian soldiers would be placed on its ramparts and open the city gates to the incoming (Castilian) army. Ibn Hūd sent instructions to his governor in Cordoba to this effect, ordering him to do this for the eastern part of the city. When the Christians arrived, they easily scaled the walls with their ladders in the absence of any guards. Verily there is no might nor power except in God!

Cordoba consisted of two parts: the eastern part of the city and the larger main city. Battlecrys broke out while people were in the midst of performing their dawn prayers, and the troops mobilized and told the governor to lead them in the charge against the enemy. The governor responded by telling them to wait until daybreak . In the morning, he got on his horse and led them outside the city. When they encountered the Christians he told his men to withdraw back into the city so that he could gird his sword. Believing his flimsy excuse and not realizing that he was betraying them, they all retreated back into the city. The Christians then attacked the (eastern)  city in large numbers causing people to flee to the main city. Large numbers of old men, women and children were killed, innumerable valuables were looted and the main city was besieged for months. The ensuing siege was intense with many of the people dying of starvation, which led to the decision of the populace to surrender to the Christian king [Fernando III, r. 1217–1252], may God curse him, on the condition that they be allowed to leave the city with their possessions. He agreed to this and fulfilled his pledge, and escorted them to their chosen place of refuge. This was in the year 634 AH [1236 A.D.].”

I [al-Dhahabī] say: Ibn Hūd did not live for much longer after this, for verily God took him in 635 AH [1238 A.D.]. His reign lasted a total of 9 years, 9 months and 9 days. He was assassinated in his sleep in Almería and his body was transferred to Murcia for burial. On the eve of his death, the Almohads experienced a resurgence in their power. Following his death, Muḥammad ibn Yūsuf ibn Naṣr ibn al-Aḥmar established his authority and kingship has remained with his descendants. While in Damascus, I saw Ibn Hūd’s nephew, the great ascetic Badr al-Dīn ibn Hūd [d. 1300]. He was a mystical philosopher who was in the habit of drinking wine and stumbling around drunk.