The Middle East Studies Association (MESA) is holding its annual conference, one of the largest gatherings of scholars working on the history of the greater Middle East and North Africa region from Late Antiquity to the present, in the amazing city of New Orleans this November. Based on the conference program (available here or here),  it looks like a particularly good year to attend, with excellent panels covering a wide range of topics and chronologies.

END_OF_DOCUMENT_TOKEN_TO_BE_REPLACED 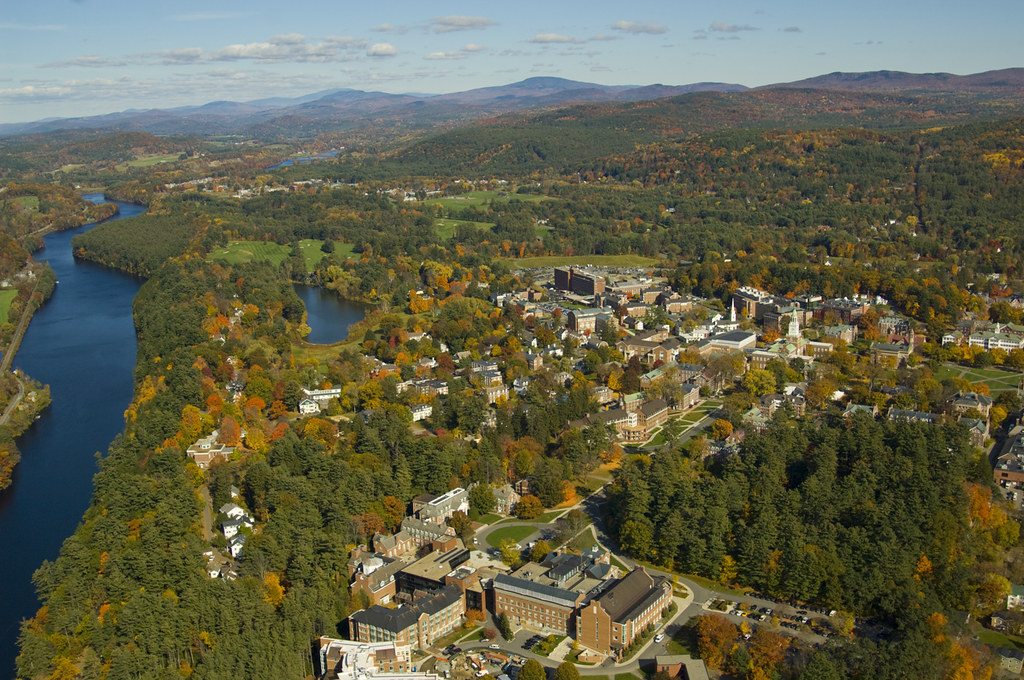 END_OF_DOCUMENT_TOKEN_TO_BE_REPLACED

About two weeks ago, I had the privilege of visiting the wonderful “Caravans of Gold, Fragments in Time” exhibit at the Block Museum of Art, Northwestern University. It was a truly wonderful experience and the curator Dr. Kathleen Bickford Berzock should be congratulated on such a monumental achievement. As many observers have noted, this is the first major exhibition in the United States to closely consider the material culture of early trans-Saharan trade and to offer strong evidence of the central but little-recognized role Africa played in global medieval history. Among the materials on view are sculptures, jewelry, household and luxury objects, manuscripts and architectural remnants, all united by their connections to routes of exchange across the Sahara from the eighth to the 16th centuries. The exhibit includes an excellent collection of treasures and artifacts from West Africa, North Africa, the Middle East & Europe from late antiquity to the 20th century. It showcases the immense importance of trans-Saharan Africa as a pivotal part of the medieval world, and embodies the heart of the interconnected universe that many scholars are increasingly referring to as the Global Middle Ages. Weaving together art, archaeology, cartography history and literature to tell the story of an economically-vibrant and culturally-diverse medieval Africa, the exhibit has received an overwhelmingly positive reception, with one reviewer stating that

“Caravans of Gold” creates new points of reference by not only reveling in the beauty of the objects but also introducing viewers to the idea of a vibrantly interconnected global culture, including the sophisticated social, political, cultural, and economic systems of West Africa. So much of Africa’s relationship to Europe has involved defamation, appropriation, and control. Narratives highlighting the agency of West African people in the medieval period allow for a rediscovery of the continent’s rich history, cultures, and contributions to the evolution of global trade and culture. “Caravans of Gold” is an important gesture in helping people understand that Africa has always been connected to the world and can share its story on its own terms.

Another reviewer observes that the exhibit

doesn’t aim for less than decentering the idea that the medieval epoch should only be envisioned through a European lens, which are typically stories of feudalism, war, chivalry, and the Bubonic plague. These European sagas are the ones I grew up with, saw dramatized on television, and valorized in film. Caravans of Gold also seeks to put Islam at this reconstructed world’s fulcrum and regard it as a force which impelled cultural advance, rather than to associate it with iconoclastic destruction of historical patrimony — stories we know too well. Even more, it subtly raises up the entire African continent, which becomes through this retelling, a force of profound socioeconomic change at the global level.

END_OF_DOCUMENT_TOKEN_TO_BE_REPLACED

I’ll be heading back to Madrid for a few days. Greatly honored to be participating in what looks like an excellent set of conversations with leading scholars about questions of lineage, race, and religion in the late medieval and early modern Iberian worlds. Full  program available here: http://www.proyectos.cchs.csic.es/corpi/es/activities/blood-and-milk-race-and-religion-late-medieval-and-early-modern-iberian-worlds .

END_OF_DOCUMENT_TOKEN_TO_BE_REPLACED 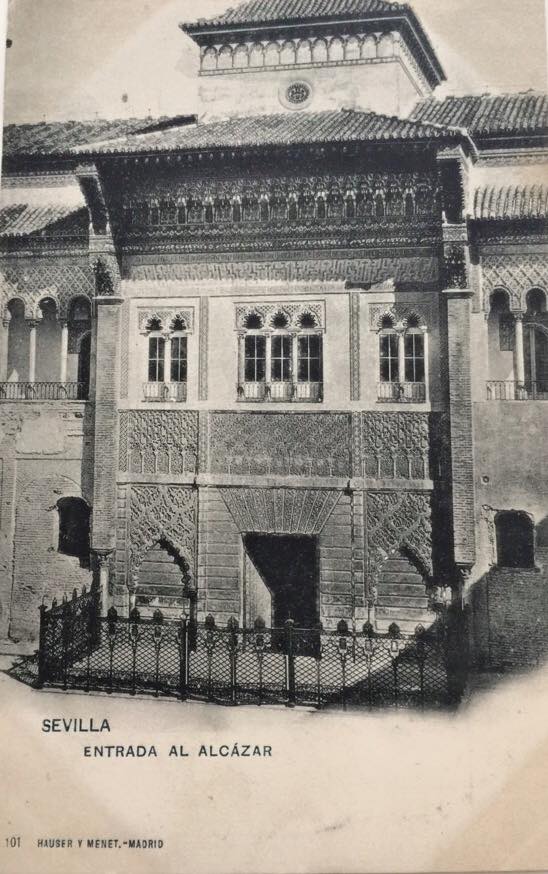 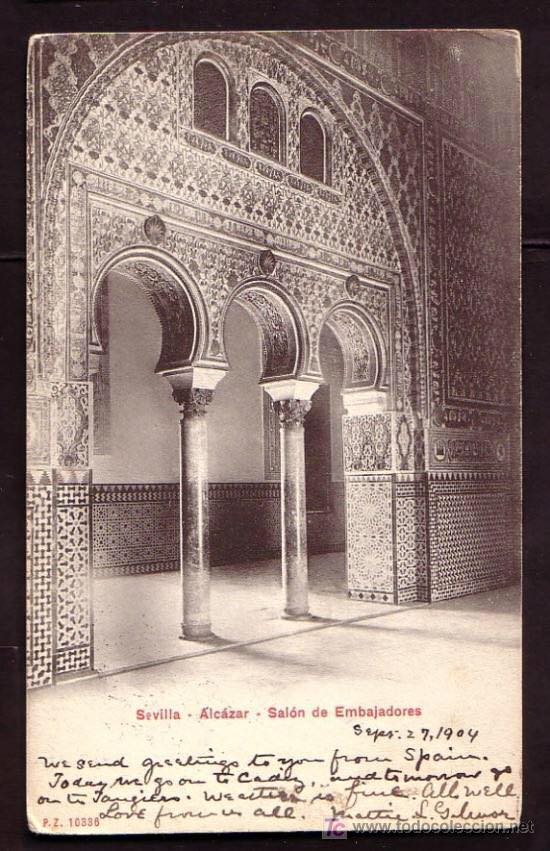 END_OF_DOCUMENT_TOKEN_TO_BE_REPLACED

Spending the next three weeks in Kuwait, one of the emirates of the Persian Gulf

This is where I will be spending the summer doing archival research.

After Burgos, I headed for León, a city with an immensely important history for Christian Spain. León was perhaps the single most important contributor to the political and religious identity of the Kingdom of Castile-Leó. Historians and clergymen from this city were instrumental in reinforcing the idea that the conquest of al-Andalus was in fact a “Reconquista”, thereby linking the newly-established Christian kingdoms in the tenth and eleventh centuries with the illustrious Visigothic past. León also had an important identity as an “imperial city” since it was in the Cathedral of León that Alfonso VII (d. 1147) was crowned “Emperor of All Spain” (imperator totius hispaniae) in 1135. Naturally, the first place I headed the evening I arrived was to that very cathedral. 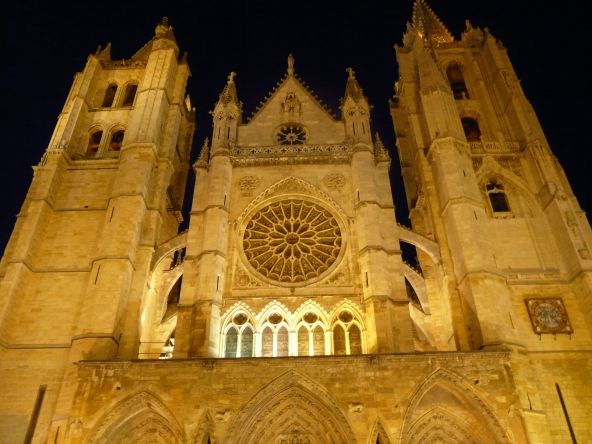 The next morning, the first thing I did was go back to the cathedral to explore it some more. It was perhaps one of the most stunning examples of Gothic architecture I’ve seen in all of Spain. 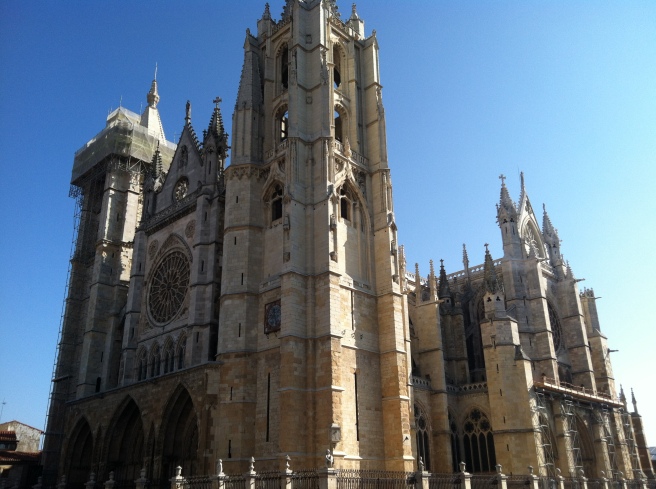 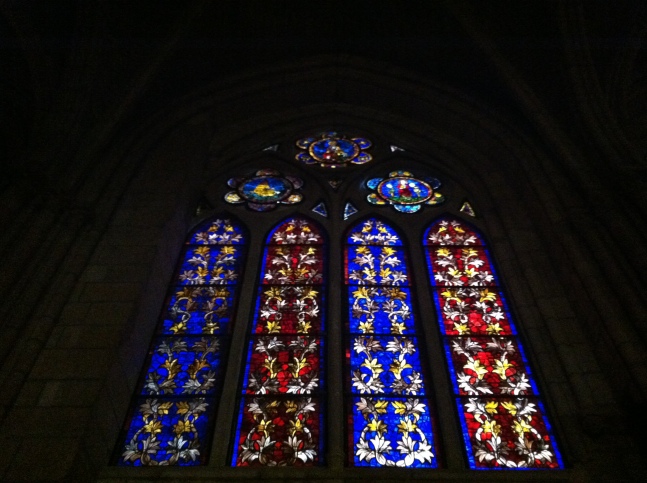 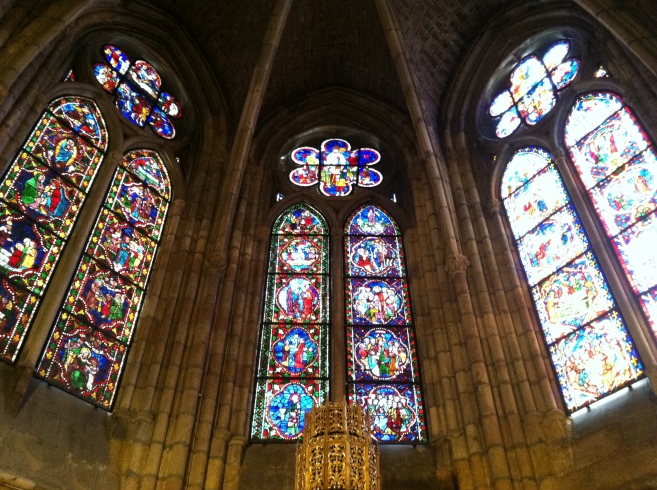 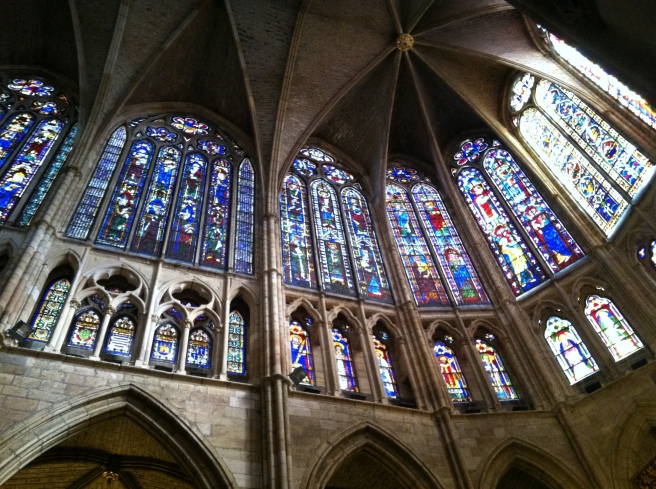 The rest of the city, like the cathedral, was also bursting with history. Here are some pictures. 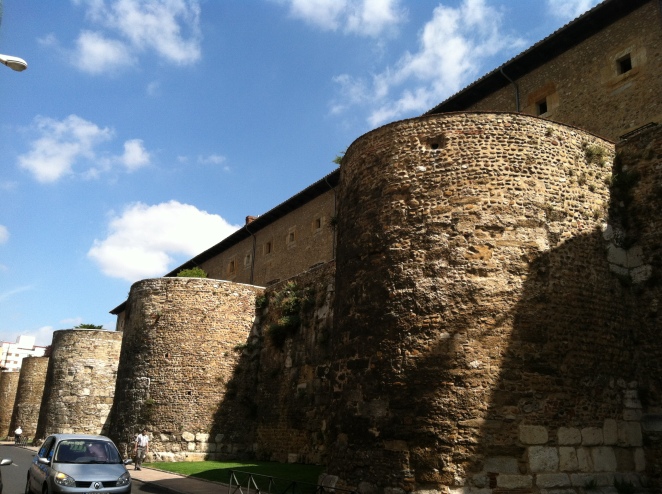 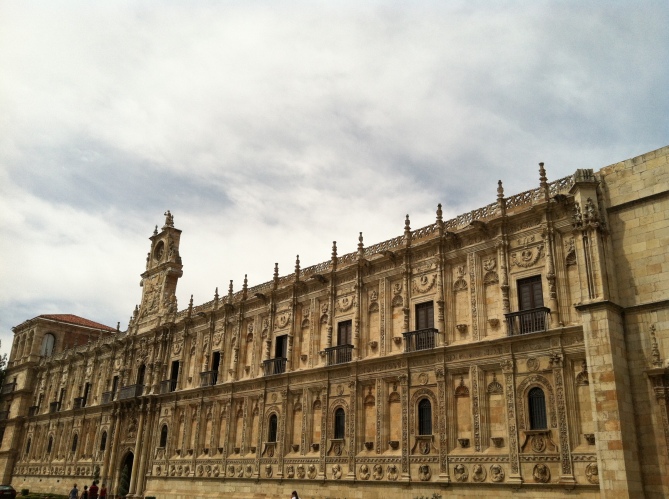 Finally, I spent the last couple of hours in León visiting the Basilica of San Isidoro, where Isidore of Seville is buried along with a long list of illustrious Christian kings and queens of Spain. 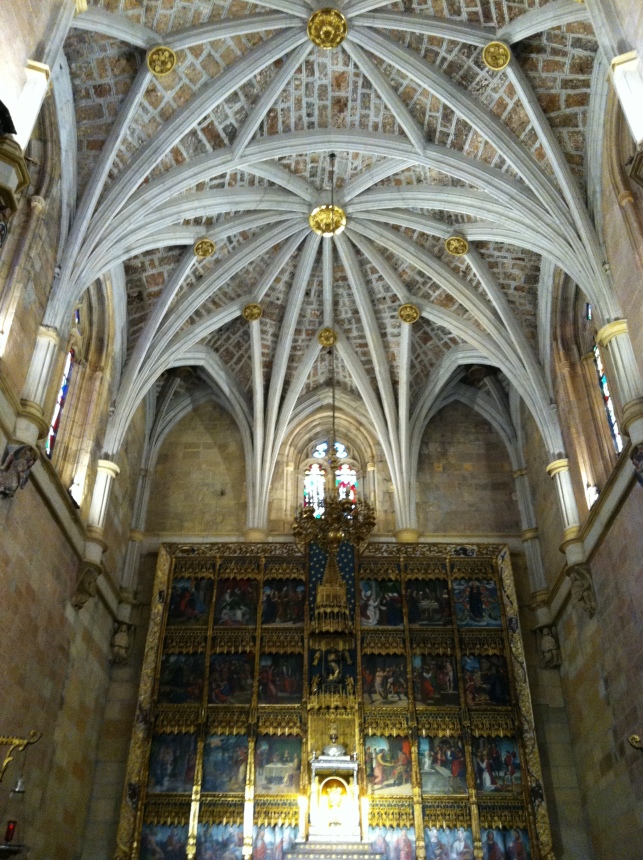 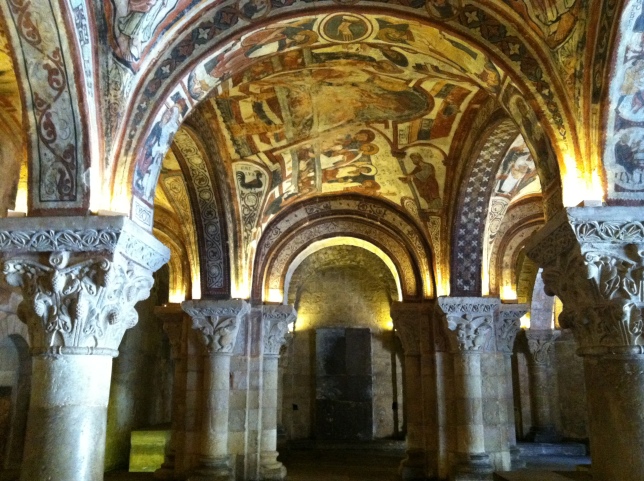 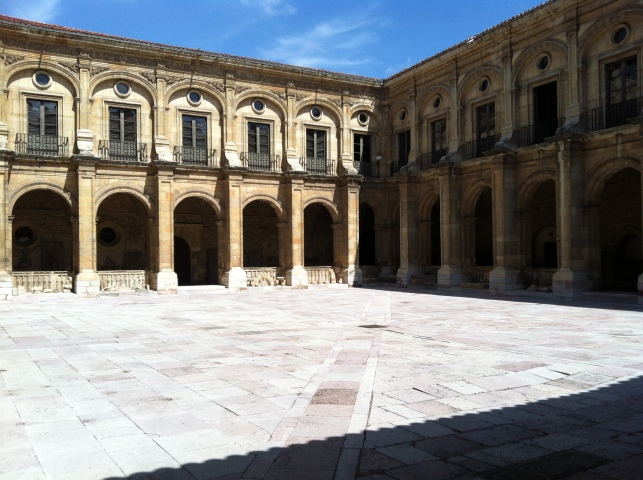 Burgos is not a very well-known city to most travelers today. But it has immense historical importance. It was the political and cultural heart of the medieval Kingdom of Castile, the entity which conquered the majority of al-Andalus and which was instrumental in laying the legal, cultural, religious, and institutional foundations of the modern Spanish state. The city also lies on the Camino de Santiago, a major pilgrimage route, which adds to its importance.

When I arrived in the city, I could tell it was immensely different than Andalusia. The architecture was obviously the clearest indicator but the cool weather and unique dialect of its inhabitants also made this obvious. As I walked through the city’s gates, the first thing I saw was the massive cathedral. It is within this cathedral that the 11th-century hero Rodrigo de Vivar (“El Cid”) is buried. One cannot help but admire this incredible piece of architecture and the massive effort that went into its construction. Truly one of the wonders of Spain. 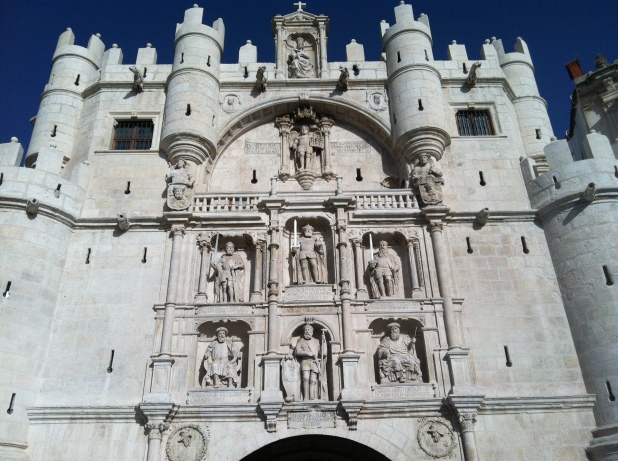 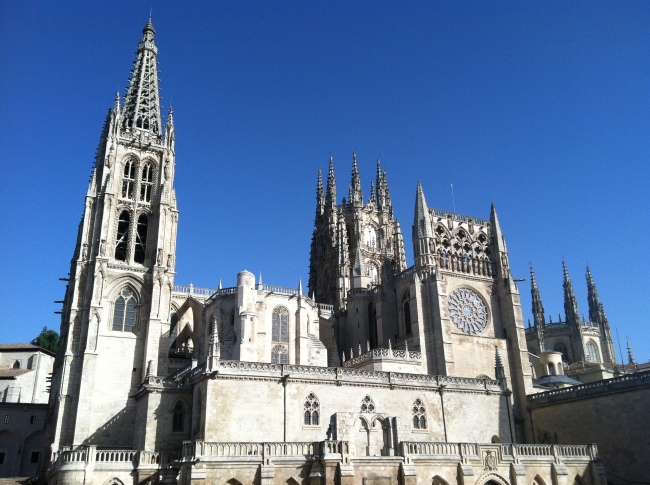 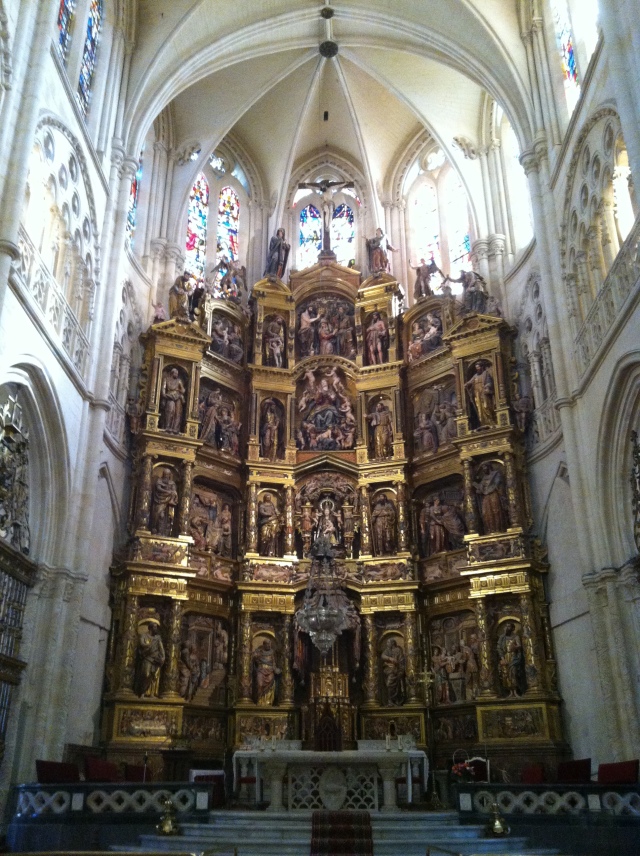 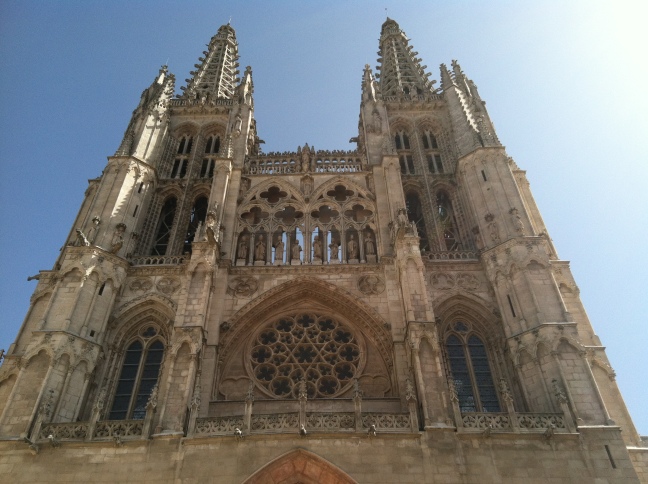 Another place of interest in Burgos for me was the Monastery of Las Huelgas, which is famous for a variety of reasons (namely all the royalty buried there.)…but personally I was mainly interested in seeing the Penon/Banner of the Almohads, captured by the Kingdom of Leon-Castile at the Battle of Las Navas de Tolosa (1212), which is kept in the monastery. This battle was the death knell of most of al-Andalus, since the defeat shattered the Almohad empire and led to the conquest of the vast majority of Islamic Spain: Cordoba (1236), Valencia (1238), Jaen (1246), Sevilla (1248) all fell to Christian rule soon after. As such, the victory (and the captured banner which is the emblem of that victory) is immensely significant in the modern consciousness of the Christian Spain, since it marks THE fateful moment in their history when the tide turned eternally in the favor of the Christian states in the peninsula, at the expense of al-Andalus. Hence, it lies at the heart of the myth of the Reconquista. Each year, in a solemn ceremony, the banner is removed from the monastery by the state’s highest military officials and paraded through the streets in commemoration of that victory against Islam (I’ve found a picture online of the ceremony, which I posted below). 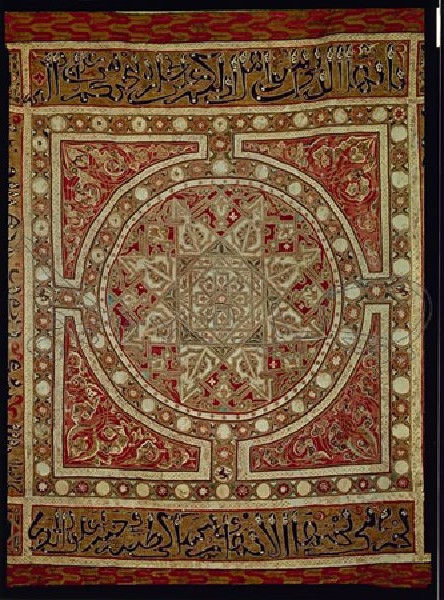 During the rest of my time in the city, I strolled around town and took in a few of the sights, which include the remains of the tenth-century fortress, the statue of El Cid, and the lovely mix of medieval and modern architecture. 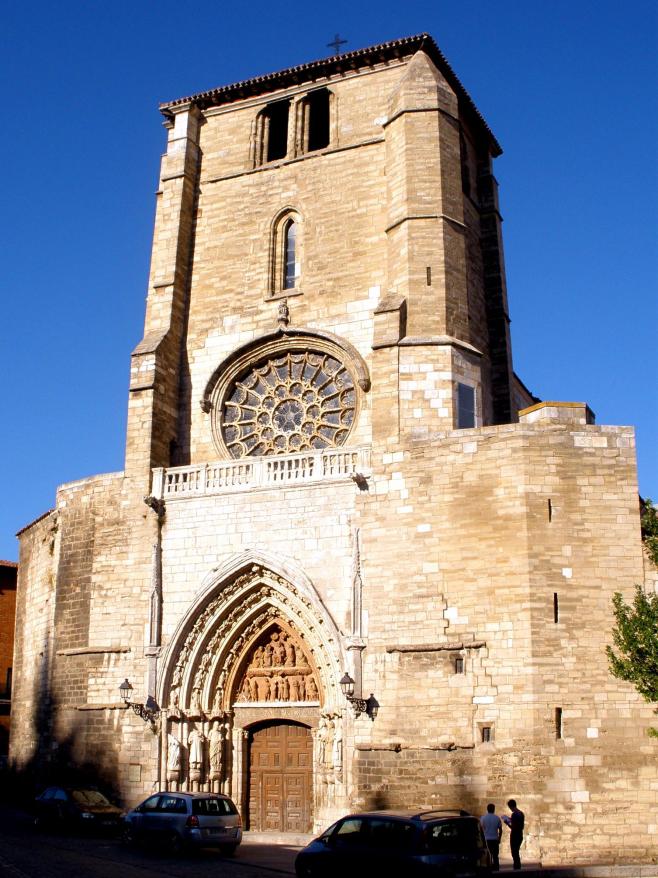 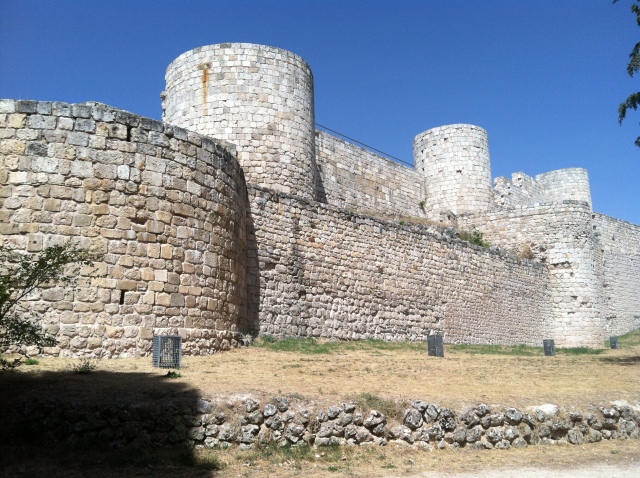