The “medieval Islamic world” is a difficult concept to define. Traditionally, scholars have used the phrase dār al-Islām (literally the “Abode of Islam”) to denote the lands under Muslim rule or, alternatively, the lands in which Muslim institutions were maintained. In the dār al-Islām, we are told, borders were porous and freedom of movement was expected for all Muslims to such a degree that, in theory, one could travel from Iberia to the foothills of the Himalayas largely unimpeded. Most significantly, within the dār al-Islām, religious identity (Muslim vs. non-Muslim) was—in theory—a far more important defining marker than any concept of race, class or ethnicity. As such, in many ways the term dār al-Islām designates a cultural or religious unity (or an idealized notion of that unity) rather than a unified political entity. Dār al-Islām was usually defined in explicit contradistinction to the dār al-harb (literally “the abode of war”), denoting the region where non-Muslims ruled. According to various Islamic political theorists and jurists in the Middle Ages, it was the objective of Muslims to bring the dār al-harb within the sphere of dār al-Islām. The instrument through which this would be accomplished was either jihad (military expansion) or da‘wa (missionary activity).

This framework for understanding medieval Islamic history certainly mirrors the understanding of medieval Muslim historians, jurists, geographers and political thinkers. However, the reference to the medieval Islamic world through the (Islamic) juristic construction of “dār al-Islām,” while certainly important to understand, is unsatisfactory for the modern historian for a variety of reasons. Firstly, it fails to take into account that for the greater part of the medieval period many of the lands designated as “Islamic lands” were, in fact, populated by significant communities (or majorities, in some regions) of Christians, Jews, Buddhists, Hindus and others. The utilization of “dār al-Islām” generally ignores the presence, institutions, contributions and significance of these communities. Another reason for the inadequacy of the term is that it enforces the theoretical notion that religious identity was the supreme defining marker of the regions being discussed while ignoring the increasing important of sectarian, social, cultural and linguistic identity. While most certainly important as an idealized notion among Muslims, the notion of the “ummah” is not the most useful analytical category for a historian seeking to understand the diversity of the medieval world. In any case, this remains an open question for me and the utilization of the phrase “medieval Islamic world” is not necessarily more satisfactory than the traditional framework nor do I view the term “Islamicate” as a particularly significant improvement.

During the 9th-14th centuries, social, sectarian, and cultural identity in the medieval Islamic world became more pronounced compared with the earlier centuries. The revival of Persian culture under the Samanids and Ghaznavids, the arrival of the Turkic tribes, notably the Selujks, in the Near East, and the rise of the Amazigh (“Berber”) dynasties in the Islamic West (a term used to denote the Maghrib and al-Andalus) meant that the Islamic World became more culturally diverse and heterogeneous than it had been previously. Persian culture, in particular, began to replace Arabic as an important written medium in this period, especially in the eastern lands. Works such as the Shahnameh of Ferdowsī (d.1020) reflected not only the real cultural shifts that were occurring in this period, but also the importance of new modes of identification. Persians—the dominant group on he Iranian plateau—had a strong identity of themselves as an “ethnos,” as a people with their own cultural characteristics and history, a fact which was represented in the “shu’ubiyya movement” which resented the period of Arab domination in the early Islamic period; indigenous Hispano-Muslims in al-Andalus had their own version of the shu’ubiyya as well which thrived between the late 9th and 11th centuries.

Turks, like Persians, viewed themselves as a distinct people but with the added factor of the tribal character and their role as conquerors. As a result of their role as conquerors and their newly-acquired Islamic faith, the Turks (especially the Seljuks) viewed themselves as a group endowed with special characteristics which granted them a privileged position in the Islamic world. Despite these cultural differences and socio-political transformations, however, the medieval Islamic world remained relatively unified as a cultural unit, despite the fact that the political unity of these lands was largely non-existent after about 850 A.D. Some scholars have therefore preferred to characterize the Islamic world during this period as a “Muslim commonwealth” in which, despite important cultural and political differences, the Muslim world was able to maintain a form of unity. This unifying factor was primarily the identification with the religious and social characteristics of Islam. The interconnections within the Islamic world (reinforced by the concept of the rihla fi talab al-‘ilm [traveling to seek knowledge]), the identification of believers with key symbols and institutions, such as the Caliphate, and the exclusion of non-Muslims from equal status were all quite important in reinforcing the perception of the regions spanning Central Asia to Iberia as a “Muslim commonwealth.”

Perhaps one of the most distinctive features of the dār al-Islām in the medieval period was the a’yān-amīr system. According to Marshall Hodgson, the a’yān-amīr system revolved around the sharing of power between military commanders (amīrs) and local notables (the a’yān: magistrates, guilds, craftsmen, landowners, etc.). This system had as its base of power a free peasantry under military dominance, and was reinforced by the patronage of the notables (a’yān); essentially, all these elements supported and reinforced one another. The a’yān-amīr system was a decentralized form of governance in which towns and cities were governed in accordance with local interests rather than as a result of policies developed in the major political center (Baghdad, Cairo etc.). In many ways, the a’yān-amīr system developed out of the increasingly militarized society of the 11th and 12th centuries, in which military commanders became the real holders of power, and the power of the political center had declined. This system also reflected the very real class differences in the medieval Islamic world. On one hand, there was a major distinction between military and civilian officials, with the former exercising power while the latter served largely as their agents, and on the other hand there was a difference between the urban elite (the a’yān) and the peasantry, who were largely tax-paying but had little authority in social and political matters. Socially, other distinctions which were extremely important were those of gender and free status. The medieval Islamic world, like most other medieval societies, was very patriarchal, with the male-dominated household being the basic social unit, and women were often excluded from a major role in society, although there were exceptions to this. Slavery and slaves were also important components of the region during this period and the distinction between “free” and “slave” was an important one. Nevertheless, un-free status did not prevent the social mobility of slaves in many cases, especially those who were of military origin (mamluks). Yet another important distinction was that between rural and urban-based populations, as well as that between sedentary and nomadic groups.

Identity was not reflected merely in ethnicity or cultural affiliation, but was also expressed through social organizations. Sufi and futuwwa orders were also central features of the medieval Islamic world during this period. The rise of khaniqahs (or zawiyahs in the Islamic West), a Persian term denoting a building used for Sufi activities, where dhikr was observed and where one or more shaykh or murshid (spiritual guide) lived and taught their disciples or hosted traveling Sufis, was an important development. The khaniqah functioned as a center of social integration whose purpose was not only to teach students but also to create a sense of solidarity and brotherhood among members of the same order (or tariqah). Sufi orders, generally-speaking, tended to be more accommodating than the futuwwa orders, which were formed according to sharp class, ethnic, and sectarian lines. During the medieval period, the futuwwa orders were urban-based organizations of youths which were devoted to a particular ideal or action. Resembling guilds in many ways, the futuwwa orders were usually affiliated with a particular religious sect/school of thought and faction of society, while possessing distinctive features such as symbols, ceremonies, and a leadership structure. The futuwwa orders emphasized ideals of manliness, chivalry, and magnanimity and emphasized the unconditional loyalty of its members to one another. During the medieval period, the futuwwa orders were usually armed and developed out of the ‘ayyarun, unruly gangs of young men. The Abbasid Caliph al-Nāṣir li-Dīn illāh (r. 1180–1225) played an important role in reorganizing the futuwwa orders along Sufi lines and transforming them into an instrument of government. Therefore, both Sufi orders and futuwwa organizations were incredibly important as signifiers of a different type of identity in the late medieval Islamic world.

Although political, economic and social status was significant as mentioned, it also cannot be doubted that one of the most important markers of difference in the Islamic world during the medieval period was that of sect and madhab. The period between the 10th and 11th centuries has often been identified as the “Shi’ite century” in order to underscore the period of Shi’ite political dominance. It was during this period when Twelver Shi’ism, especially in Buyid territories (notably Baghdad) found its doctrinal articulation and its cultural expression. Although it possible that they were originally Zaydi Shi’ites, the Buyids eventually converted to Twelver Shi’ism and played an instrumental role in patronizing Shi’ite intellectual and religious life; in particular, they instituted the public festivals of Eid al-Ghadīr (commemorating the Prophet’s appointment of ‘Alī as his successor at Ghadīr Khumm) and ‘Ashūra’ (commemorating the martyrdom of al-Ḥusayn ibn ‘Alī at Karbala in 680). These festivals were public displays of piety which solidified Shi’ite identity in this period and demonstrated the political and social power of Shi’ism, a movement that had largely been suppressed by the authorities until its ascendancy under the Buyids and Fatimids. 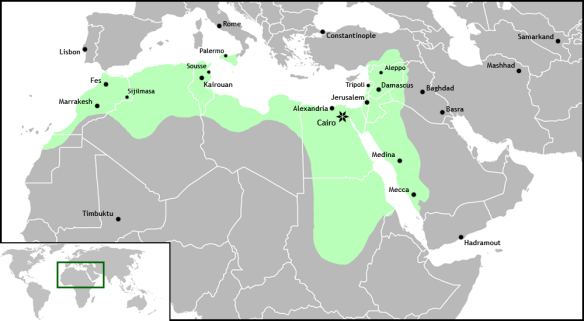 The rise of the Fatimids in North Africa and Egypt during the 10th century and the spread of their da’is (missionaries) throughout the Islamic world greatly contributed to the spread of Isma’ili Shi’ite doctrine and ideas. These developments prompted a reaction from the Sunni religious and political establishment, which responded with its own articulation of doctrine (often defined in explicit opposition to Shi’ism) and, later, with the institution of the madrasa, which sought to systematize Sunni “orthodoxy” and propagate it throughout the medieval Islamic world. It was thus during this period that sharp differences between Sunnism and Shi’ism became more pronounced and one’s sectarian affiliation became a defining marker of religious identity. Significant differences and divergent theological/legal tendencies were also present within both Sunni and Shiite schools of thought. For Sunnis, the four schools of legal thought (Ḥanafī, Shafi‘ī, Mālikī, Ḥanbali) and three schools of theology (Atharī, Ash‘arī, Maturīdī) often competed with each other and every individual’s identity was closely linked with one of these classifications. For Shi’ites, the theological differences between Isma’ilis, Twelvers, and Zaydis were exacerbated by political rivalries and break-away movements. As such, although Islam (strictly defined as a belief system rooted in the prophecy of Muhammad and the text of the Qur’an) remained an important unifier, regional, and sectarian differences asserted themselves quite strongly and became important components of one’s identity during the medieval period.