Abū Isḥāq Ibrāhīm b. al-Qāsim al-Qayrawānī (d. ca. 418/1028), better known as Ibn al-Raqīq or al-Raqīq, was a high-ranking secretary and ambassador in the Zirid emirate (corresponding roughly to modern-day Tunisia, Libya and eastern Algeria), which ruled North Africa on behalf of the Fatimids following the latter’s conquest of Egypt. In addition to his influence within royal circles, he was also a celebrated poet and historian. His historical chronicle, Kitāb Tārīkh Ifrīqiyah wa al-Maghrib, had a profound influence on subsequent generations of Muslim historians, including Ibn al-Athīr (d. 630/1233), Ibn al-Abbār (d. 658/1260), Ibn ʿIdhārī (ca. 706/1306-7), al-Nuwayrī (d. 732/1331-2), Ibn Khaldūn (d. 808/1406) and al-Maqrīzī (d. 846/1442). Ibn Khaldūn, in particular, considered him to be one of the foremost experts on North African history. Although his work is now lost, many of these historians quote him at length and rely upon his chronicle for their narrations of the early Islamic history of North Africa. His history is therefore among the main sources of information for later historians seeking to understand the various developments in North Africa between the 1st/7th and 5th/11th centuries.

In 1968 (and then again in 1990), an anonymous manuscript fragment (possibly dating to the 6th/12th century) consisting of 75 folios was edited and published; the editors claimed that this text was a fragment of Ibn al-Raqīq’s Kitāb Tārīkh Ifrīqiyah wa al-Maghrib. This led to a major controversy, with some scholars—led by the eminent Tunisian historian Mohammed Talbi—strongly refuting the possibility that this fragment was part of Ibn al-Raqīq’s historical chronicle. Talbi cited stylystic features, anachronisms and other elements of the text which suggested that it was authored by someone other than Ibn al-Raqīq. Considering that the fragment—which is missing its beginning and end—has no indication of authorship or date (although the script, material and ink seem to indicate that the manuscript was transcribed sometime around the 6th/12th century)—it is unlikely that this controversy over the text’s authorship can be easily resolved. The arguments in favor of the text being authored by Ibn al-Raqīq is that most of the information found within it seems to align with the specific narrations cited by those later chroniclers who used Ibn al-Raqīq’s history as their main source of information about early Islamic North Africa. It is also entirely plausible that this fragment was authored by an 11th or 12th-c. North African scholar who relied heavily on Ibn al-Raqīq’s historical chronicle. 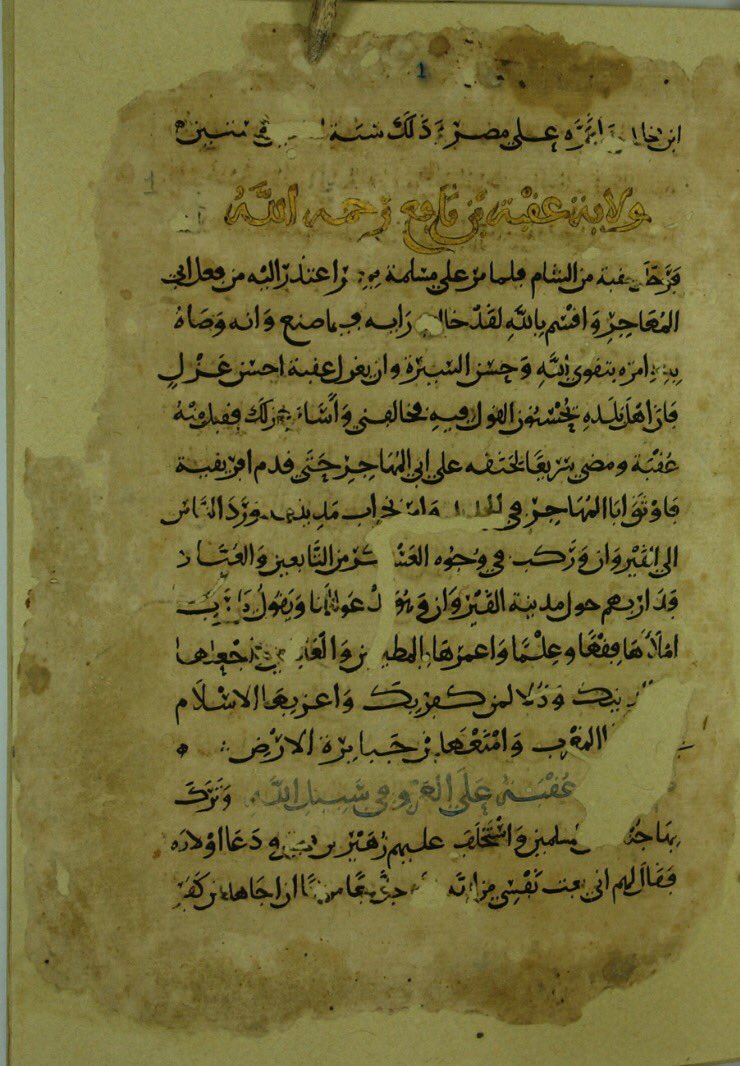 Despite these uncertainties about its authorship, the text is an important and valuable historical source for early Islamic North Africa. Although covering only the period 61/680–196/812, it does so in great detail and with close attention to the names of the various political and military actors who participated in the events of this era. The fragment devotes particularly close attention to the Arab conquest and subjugation of North Africa in the seventh and eighth centuries. It emphasizes the strong resistance of the Berber tribes to Umayyad rule,  who had to essentially conquer North Africa multiple times (with increasing brutality) before finally bringing the region under the nominal control of the caliphate. The text also illuminates the various rebellions of many of these same Berber tribes following their conversion to the Ibāḍī and Ṣufrī sects of Kharijism. It underscores how between 740 and 750, North Africa (including, for a brief time, the regional capital of Qayrawan itself) was essentially ruled by these newly-converted Kharijite tribes. Rather importantly, the text provides us with specific details about the various Kharijite sects and missionaries in North Africa and the author demonstrates a strong awareness of the political and theological differences between the different branches of Kharijism.

The text also sheds significant light on the social and political dynamic in Qayrawan, the regional capital of Umayyad rule in North Africa. It highlights the major conflicts and competition between various political and tribal factions in the Umayyad army and administration. In addition to providing important information about the various Umayyad governors of North Africa, the text demonstrates that the rivalries between the Arab conquerors were a major source of instability that often impeded the ability of the Umayyads to govern the region effectively. The utter failure of the regional governors to suppress the major Kharijite rebellion (often known as the Great Berber Revolt) between 740 and 743 is underscored by the author as an example of the weakness of Umayyad rule over North Africa.

The author of the text sheds significant light on the career of Mūsa b. Nusayr (d. 97/716) and his allies, from their meteoric rise around 81/700 to their major military accomplishments, which included the pacification of North Africa and the conquest of Visigothic Hispania (renamed al-Andalus after the conquest) in 92/711, to the subsequent disgrace and fall of the family at the hands of the Umayyad caliph Sulaymān b. ‘Abd al-Malik (r. 96/715–99/717), who removed Mūsa removed from office and imprisoned him. The author also illuminates the tragic and bloody fate of the remainder of Mūsa’s family, including the assassination of his son ‘Abd al-‘Azīz (who he had appointed his deputy in al-Andalus). By providing historians with important details about the circumstances which led to the rise and fall of one of the most celebrated generals and governors in Umayyad history, the text proves itself a particularly valuable resource for scholars. In addition to these details, the text also deals in some detail with the establishment of Abbasid control over parts of North Africa following the end of the Umayyad caliphate and the struggles between the Abbasids and the Ibāḍīs, which culminated in the latter’s establishment of an Imamate in Tahert. The fragment ends with the discussion of the reign of the Aghlabid emirs/governors who ruled Ifrīqiya on behalf of the Abbasids. A short overview of the various judges and jurists who frequented North Africa during the late Umayyad and early Abbasid period is also provided by the author. This section is useful for scholars interested in the existence of both the Hanafi and Maliki schools of law in North Africa around 800. 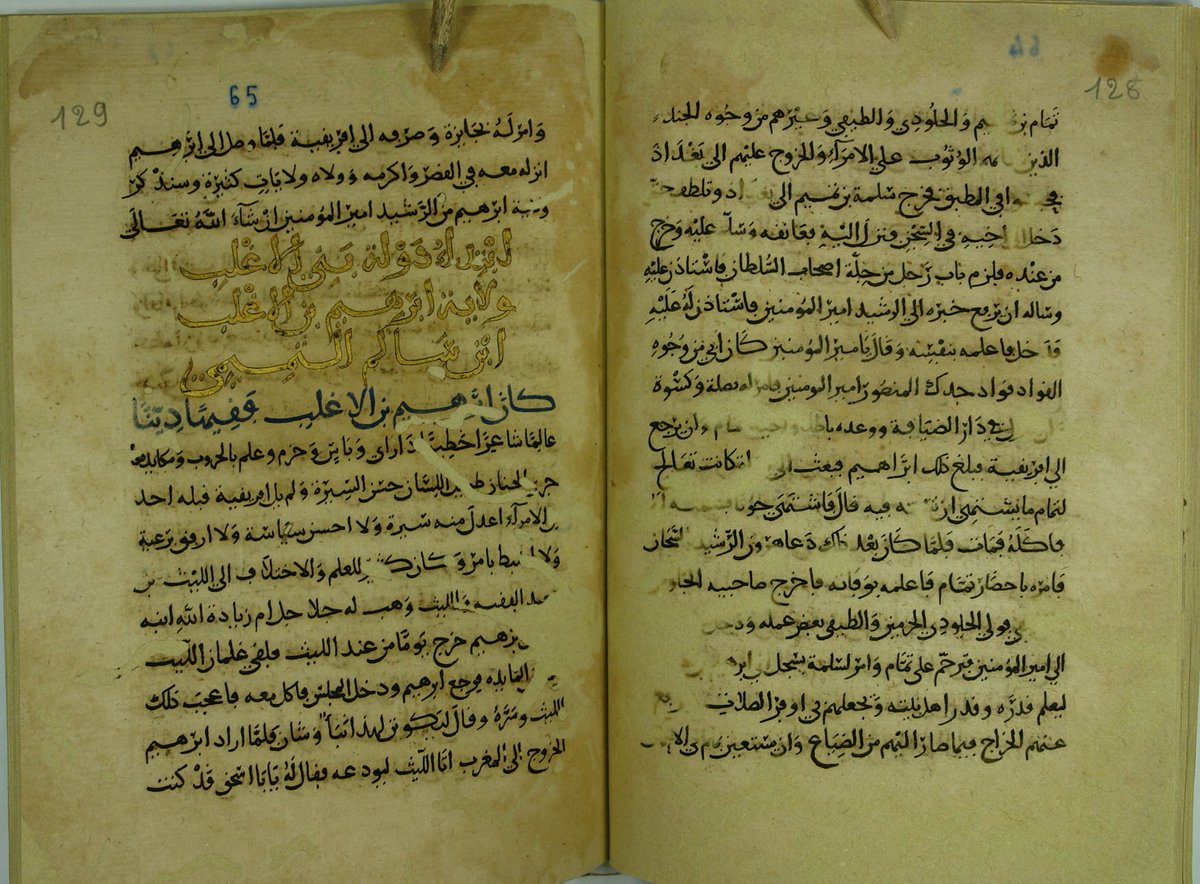 Overall, while the authorship of this short fragment remains a mystery, it is clear that it constitutes an important addition to existing historical knowledge about events, figures and developments in North Africa (and Spain) between 61/680–196/812. The author’s concern with social, political, intellectual and military history and the relative objectivity with which he narrates these events makes it a major source that should be consulted by anyone interested in early Islamic North Africa. 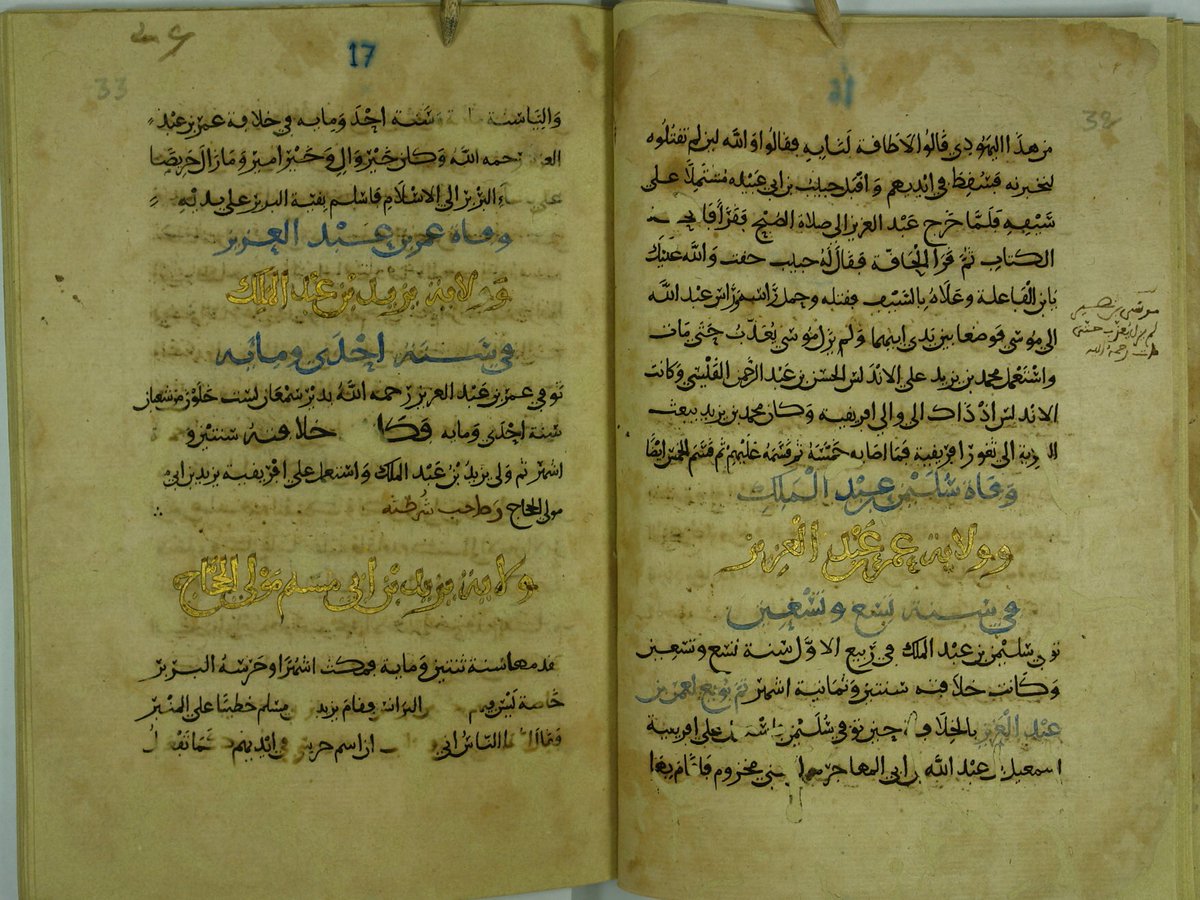 (Scans of the manuscript taken from http://www.ahlalhdeeth.com/vb/showthread.php?t=229941)