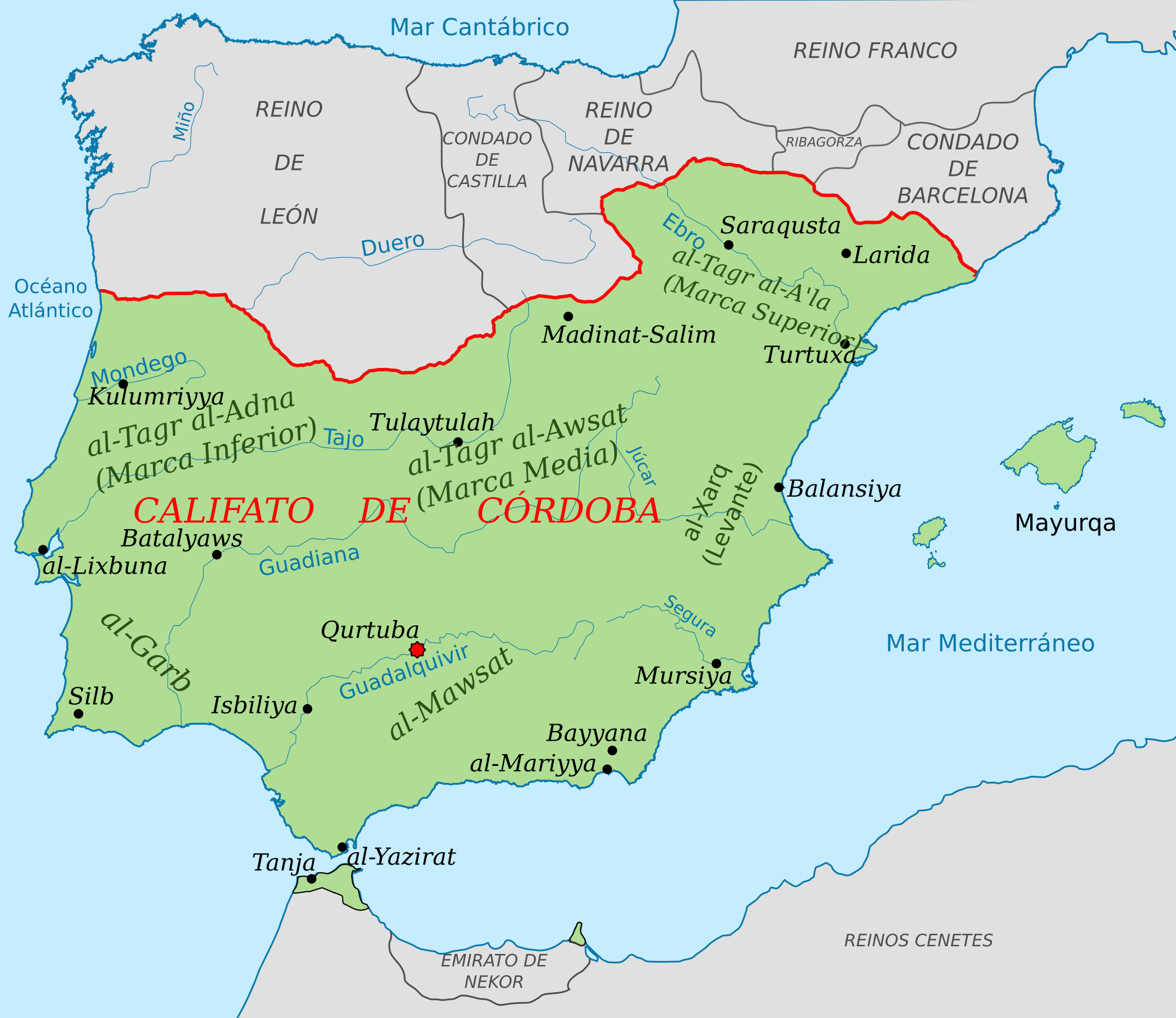 It is quite notable (especially when one considers that they probably composed a significant majority of the Muslim population of al-Andalus) that only two very small kingdoms were actually of Hispano-Muslim (i.e. muwallad/muladí) origin, while the vast majority of the Taifas were ruled by various Berber dynasties who had migrated to al-Andalus during the late Umayyad period, especially during the regency of Ibn Abī ‘Āmir al-Manṣūr (d. 1002). It was these various Berber tribes, which played such an instrumental role in al-Manṣūr’s successful campaigns against the northern Christian kingdoms, that eventually played such an instrumental role in the dismantling of Umayyad and Arab power in the Iberian peninsula. 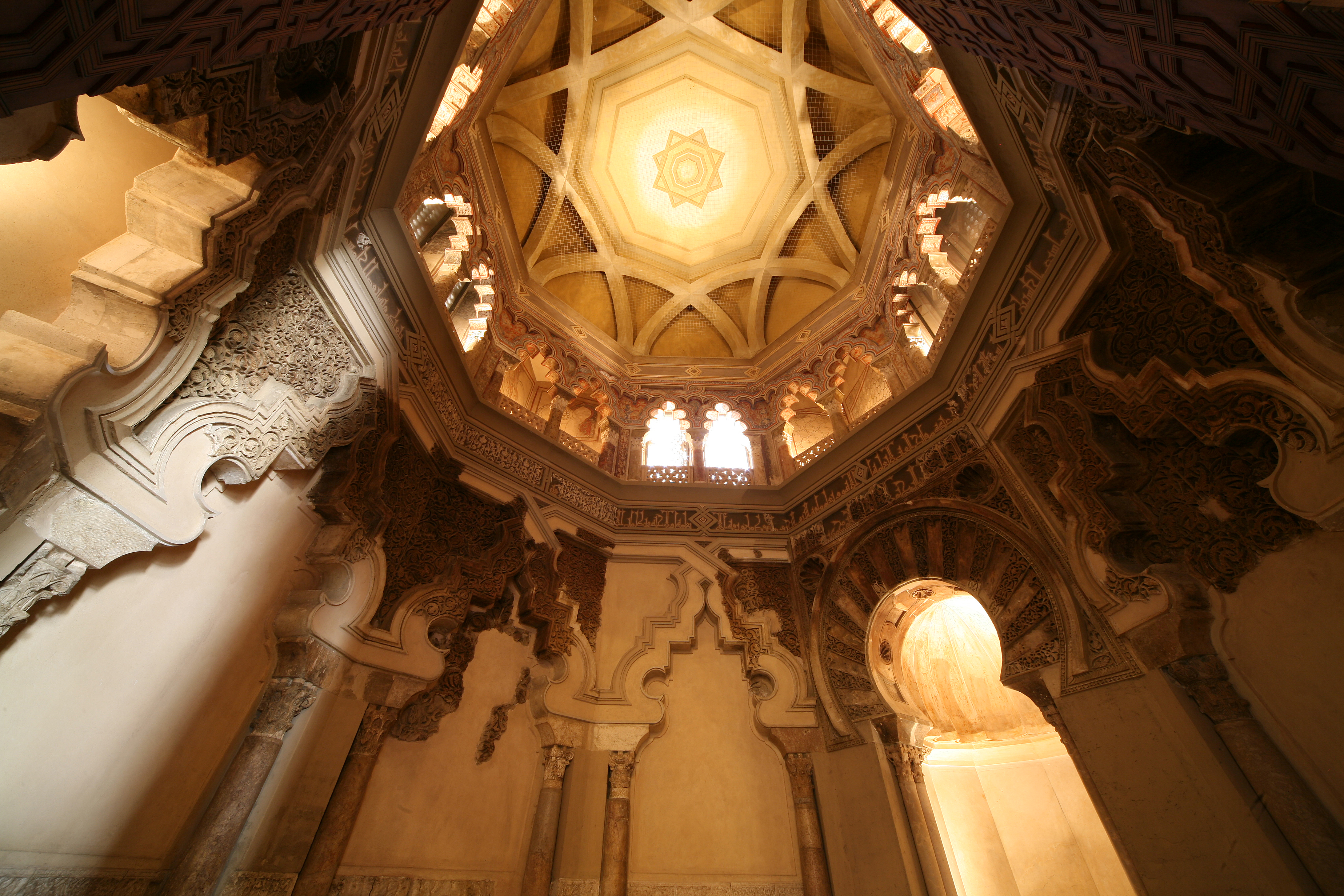 It is also notable that there were several “Slavic” (or Saqlabī) kingdoms that arose, since many of these “Slavs” (many of whom were actually Franks or Germans slaves or freedmen from Western or Central Europe) also played an important role as administrators and soldiers in the late Umayyad period. Although the two Arab kingdoms of Seville and Zaragoza were among the most extensive, stable and powerful, they represented a minority of the kingdoms and the fact remains that between roughly 1000 A.D. and 1220 A.D. (i.e. from the Taifa period to the devolution of the Almohad caliphate) al-Andalus would remain dominated by Berber polities. This fact, coupled with the reality that the vast majority of Andalusīs were Arabic-speaking Hispano-Muslims, Christians or Jews contributed to the emergence of a distinct political system in which Berber political and military rulers worked alongside local Andalusī administrators, fiscal agents and elite families. For more on the complex and interesting socio-political dynamic of the Taifa period, here is a summary of Abdullah b. Buluggin’s Tibyān: https://ballandalus.wordpress.com/2014/02/15/the-tibyan-of-abd-allah-ibn-buluggin-r-1073-1090-a-fascinating-glimpse-into-the-world-of-eleventh-century-iberia/ ). The following are the main kingdoms that existed in al-Andalus between the fall of the Umayyad caliphate in 1013 and the Almoravid conquest in 1090:

Taifa of Algeciras (1035-1058). Ruled by the Hammudids, who were a Berber dynasty that claimed partial descent from ‘Alī b. Abī Ṭālib (d. 661). They briefly claimed the caliphate following the fall of the Umayyad dynasty. 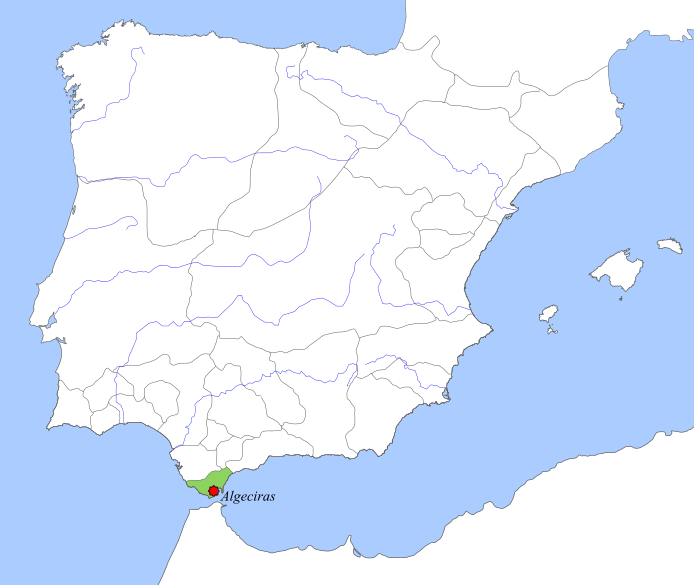 Taifa of Almeria (1011-1091). Ruled by various Saqlabī Muslim rulers until the Arab Tujibi Banū Sumadih took over in the 1040s 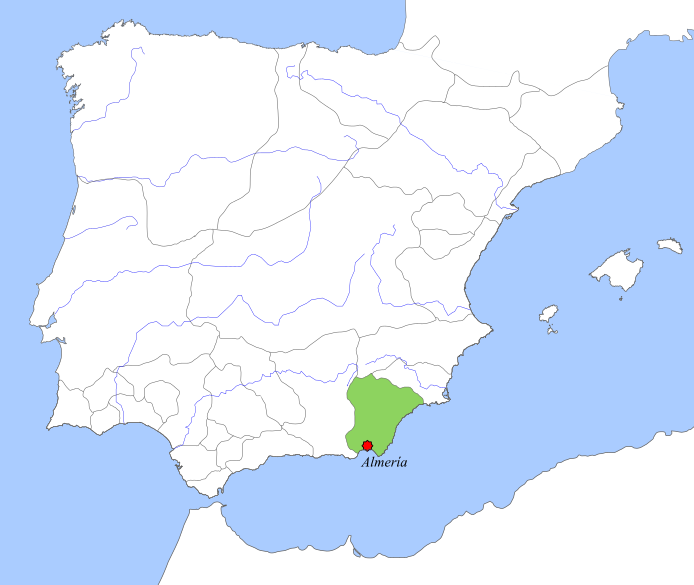 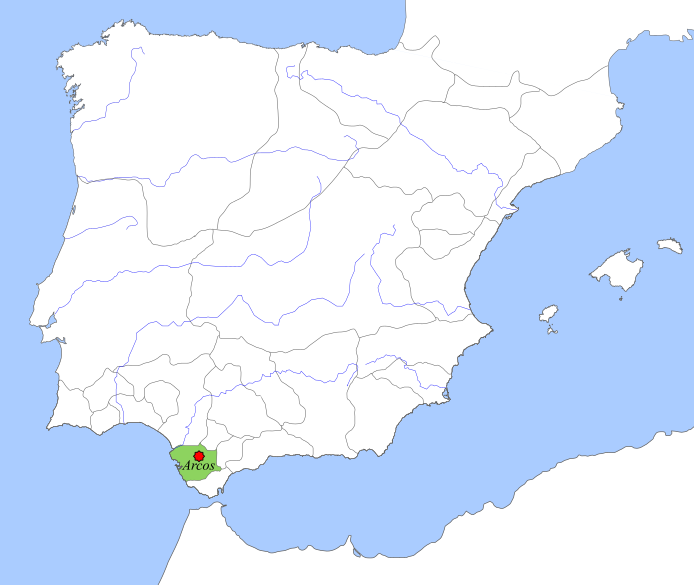 Taifa of Badajoz (1009-1094). Although founded by a Saqlabī Muslim (Sabur), it was ruled by the Miknasa Berber Banū Afṭaṣ family. It was one of the most powerful and extensive of the taifa kingdoms. 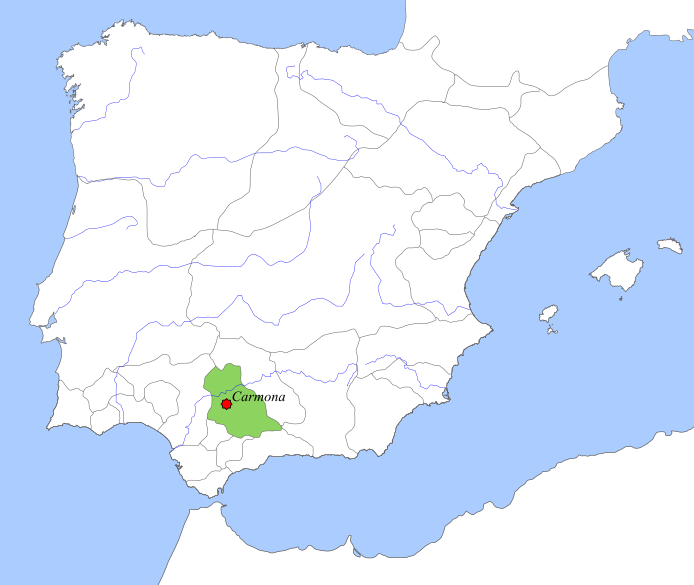 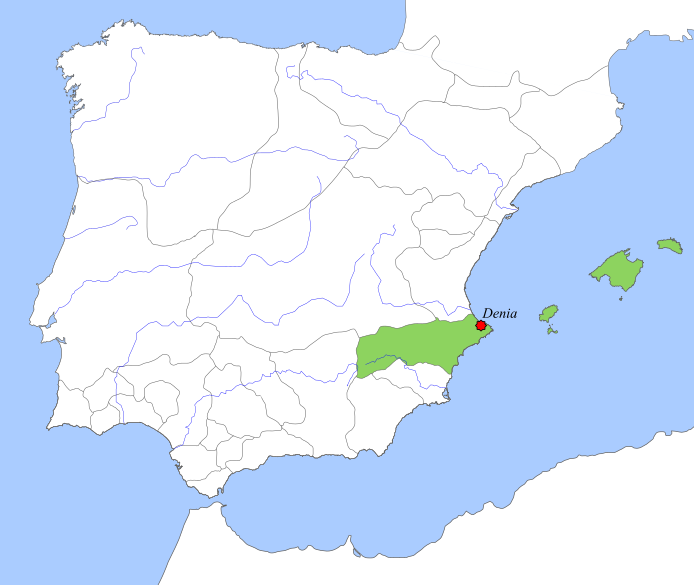 Taifa of Granada (1013-109). Ruled by the powerful Sanhaja Berber Banū Zīrī family, who were originally governors for the Fatimids in Ifrīqīyah (modern-day Tunisia and eastern Algeria) 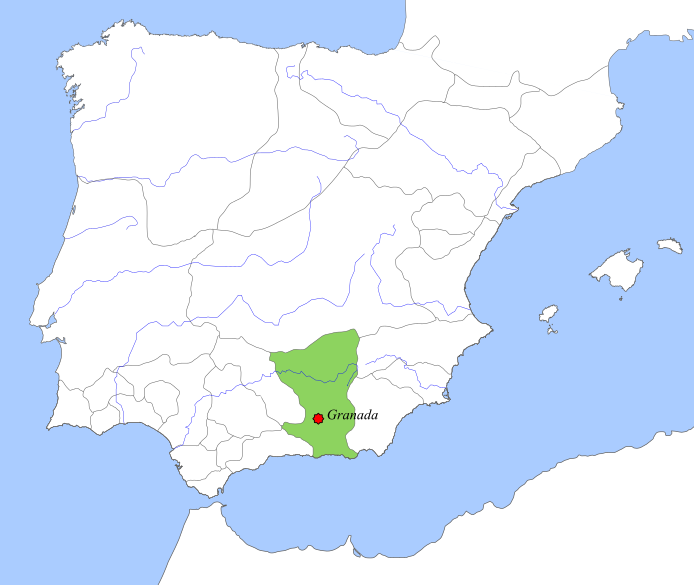 Taifa of Malaga (1026-1090). Ruled by the Berber Hammudid family before being seized by the Sanhaja Berber Zirid taifa of Granada between 1058 and 1090 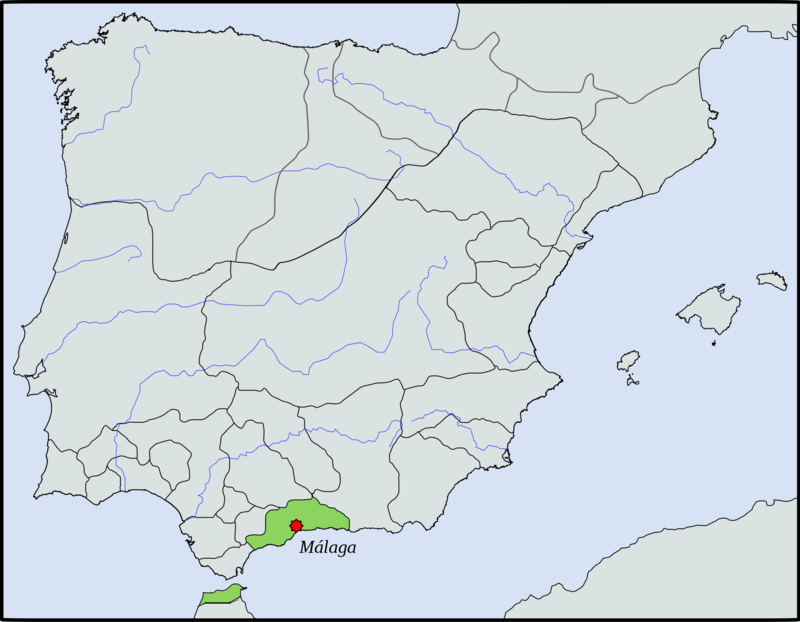 Taifa of Majorca (1076-1116). Ruled until 1075 by the Saqlabī Mujāhid al-‘Āmirī and his son ‘Alī before being controlled by the Banū Aghlab family for the remainder of its existence 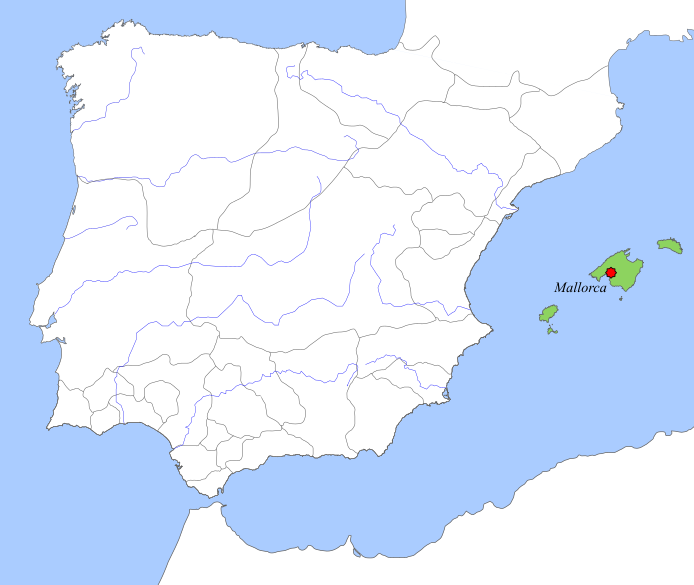 Taifa of Murcia (1011-1090). Although founded by a Saqlabī Muslim (Khayrān al-‘Āmirī), this kingdom was contested between various Saqlabī, Berber and Arab rulers in al-Andalus until it was finally integrated into the Almoravid polity. However, during the second and, especially, the third Taifa periods Murcia would be one of the most powerful kingdoms. 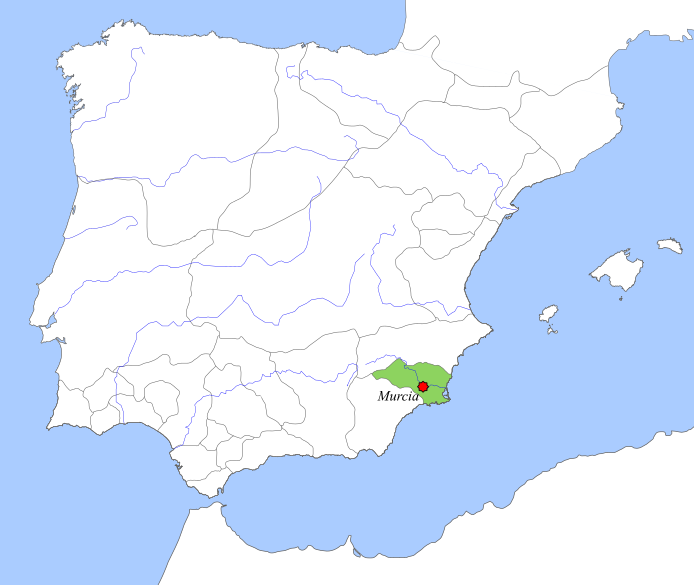 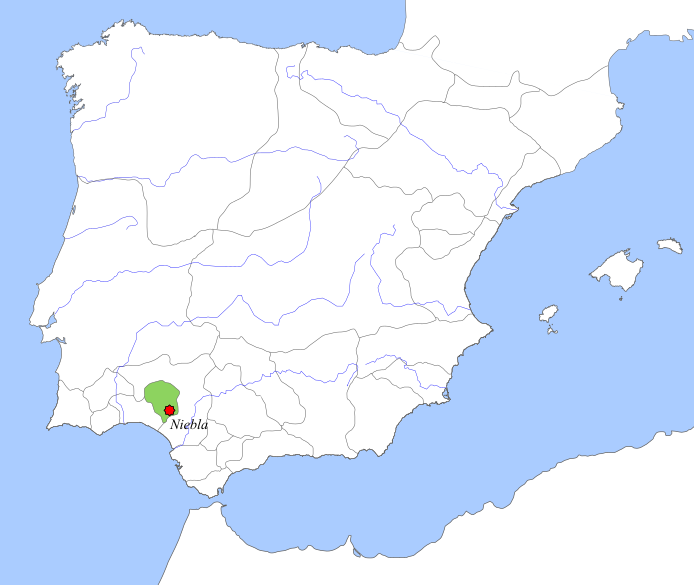 Taifa of Algarve (1016-1052). Founded and ruled by the Hispano-Muslim Banū Harūn family until it was absorbed into the expanding ‘Abbādid taifa of Seville in 1052 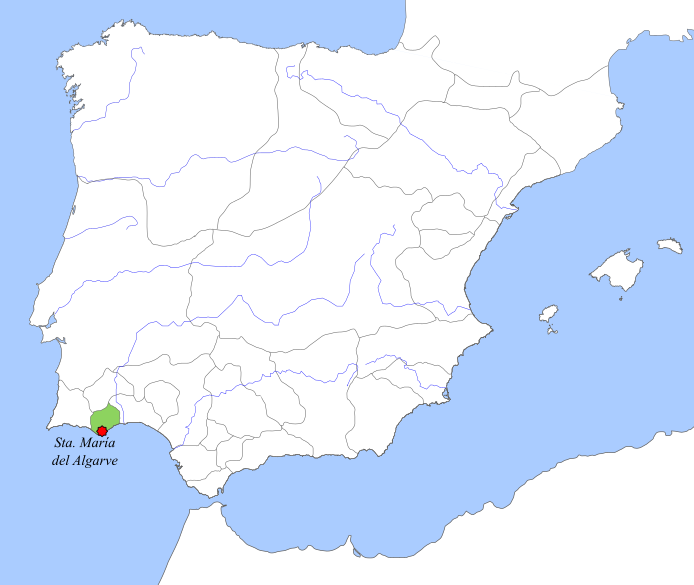 Taifa of Seville (1023-1091). Ruled by the Lakhmid Arab Banū ‘Abbād family until its conquest by the Almoravids. It was one of the most powerful and expansionist of the taifa kingdoms

Taifa of Toledo (1010-1085). Ruled by various individuals until the Hawwara Berber Dhū-l Nūn family took power in 1032 and controlled it until its conquest in 1085 by Alfonso VI of Castile 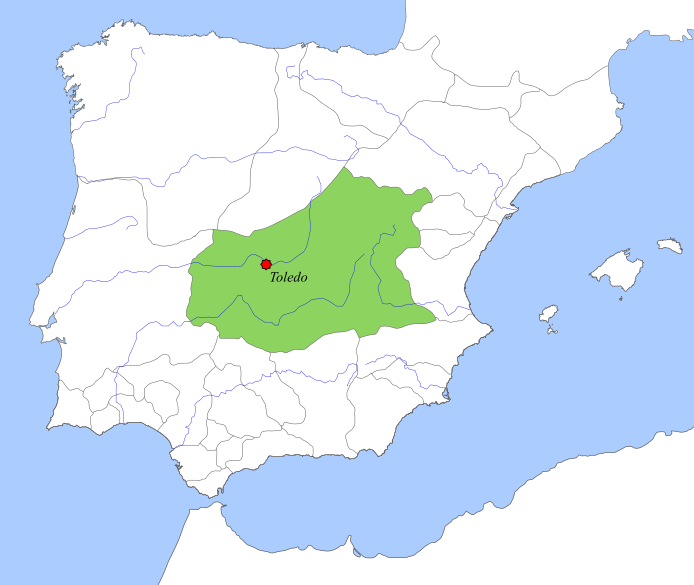 Taifa of Valencia (1010-1094). Ruled by the Saqlabī Amirid dynasty of Mujahid of Denia and his sons until it was seized by the Berber Banū Dhū-l Nūn dynasty of Toledo in 1085 (and the city was conquered by Rodrigo Díaz de Vivar or “El Cid” in 1094)

Taifa of Zaragoza (1013-1110). Ruled by two Arab families: the Banū Tujib (1013-1039) and the Banū Hūd (1039-1110). The descendants of the Banū Hūd would play a particularly prominent role in the second and third Taifa periods as well. The famous Sayf al-Dawlah (the Zafadola of the Castilian chronicles), whom I have written about elsewhere on this blog, was descended from this line. 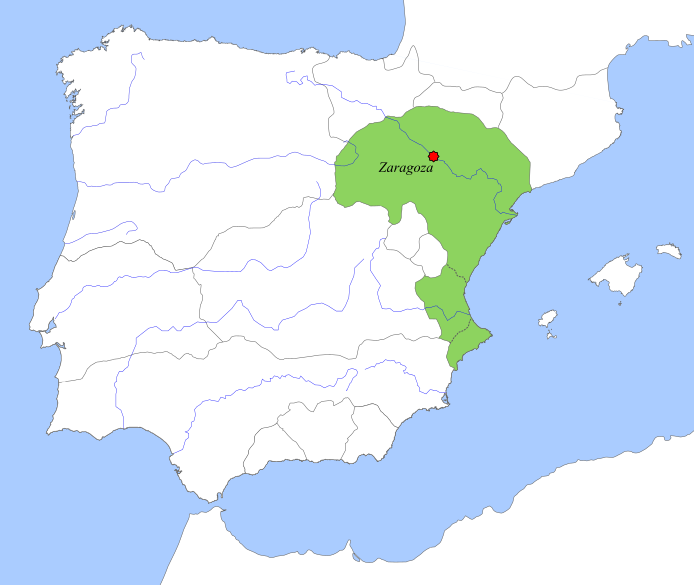 (There existed other taifas centered around the towns of Cordoba, Lisbon, Ceuta, Lorca, Mertola, Ronda, Silves, Tortosa but these were very short-lived and fell under the domination of one of the larger and more powerful kingdoms by the mid-11th century) 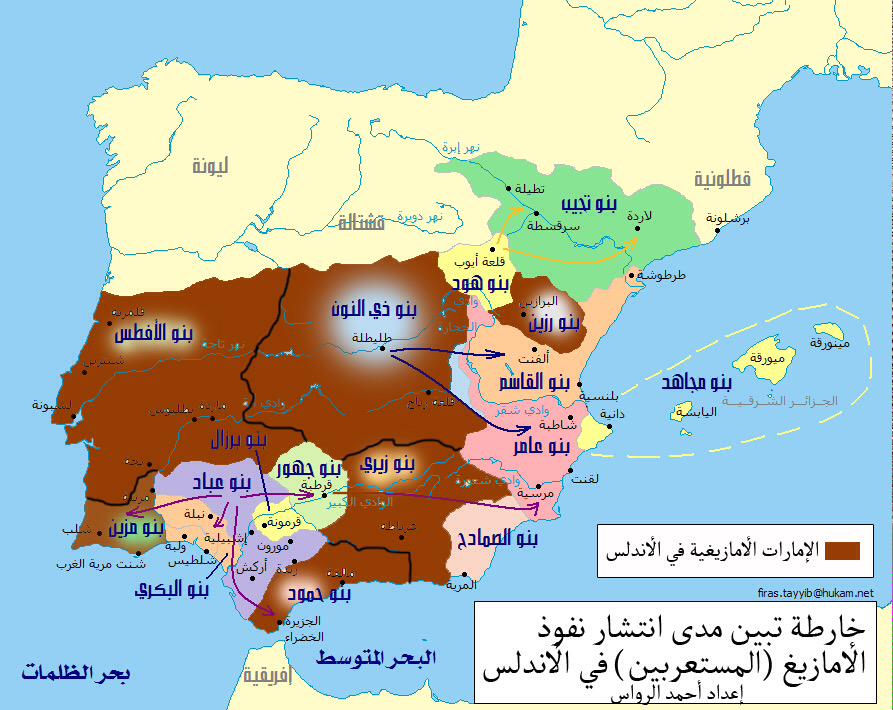 Travis Bruce. “Piracy as Statecraft: The Mediterranean Policies of the Fifth/Eleventh-Century Taifa of Denia.” Al-Masaq 22 (2010): 235–248

Peter Scales. The Fall of the Caliphate of Cordoba: Berbers and Andalusis in Conflict. Leiden: Brill, 1994.

David Wasserstein. The Rise and Fall of the Party-kings: Politics and Society in Islamic Spain, 1002-1086. Princeton: Princeton University Press, 1985